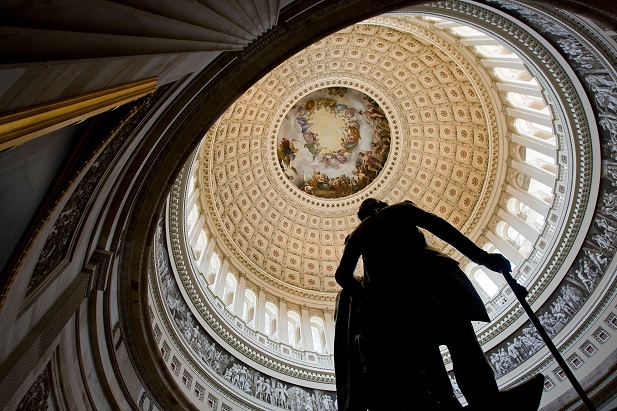 Democratic Senator Dianne Feinstein and GOP Senators Kelly Loeffler and James Inhofe have been notified that the Justice Department is no longer looking into their family stock sales after a private briefing early in the coronavirus crisis.

He has temporarily stepped down as Intelligence Committee chairman amid the probe into whether he sold stocks as a result of secret briefings on the threat of the coronavirus pandemic.

Feinstein of California was informed the inquiry is over, said a person familiar with the matter, who spoke on condition of anonymity.

Her office confirmed earlier this month that she answered questions from the FBI about her husband’s stock transactions.

Feinstein had previously said she didn’t attend a Jan. 24 briefing on the coronavirus and has said her own assets were held in blind trust.

Loeffler’s campaign spokesman Stephen Lawson said in an emailed statement, “Today’s clear exoneration by the Department of Justice affirms what Senator Loeffler has said all along — she did nothing wrong,” adding that the matter was politically motivated.

Aides to the Georgia lawmaker had earlier said she didn’t know of the stock trades until after the fact because they were made by financial advisers.

Loffler was sworn in to the open seat in January after being appointed by Georgia’s governor, and is in a bitterly fought battle to keep it in November’s election.

Inhofe, of Oklahoma, also has been notified that the investigation was closed, according to a person familiar with the matter.

Inhofe has said on Twitter that he wasn’t at the January meeting and called the allegations baseless and false.

A spokesman for Burr declined to comment in an email.