Americans Have Been Saving Much More Than Thought, New Data Show 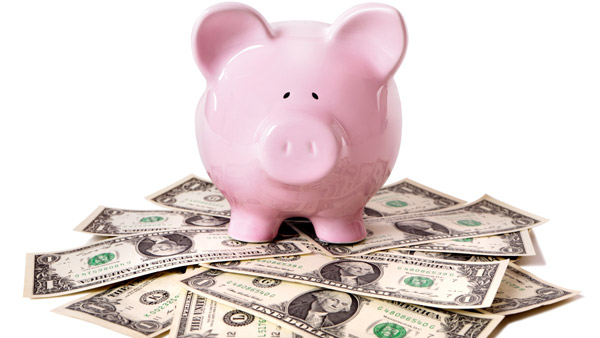 American may not be so spendthrift after all.

U.S. households have been socking away a lot more money in recent years than had been earlier thought, revised government statistics released on Friday showed. The saving rate over 2016 and 2017 is now pegged at an average 6.7 percent, up from a previously reported 4.2 percent.

The new data may help quell some economists’ concerns that consumers were becoming so pinched that they would have to cut back on their spending in order to put more money aside.

But there’s a catch: Most of the revision to savings in recent years came about because small-business owners and other proprietors made more money to salt away, not because workers got bigger wage increases.

The comprehensive update of gross domestic product carried out every five years by the Commerce Department’s Bureau of Economic Analysis rewrote recent history in other ways as well. Business investment, especially in high-tech equipment, was marked up.

So too was economic growth in the first quarter of most recent years, the final step in a drive to improve the seasonal adjustments that the BEA makes.

Below are highlights of the comprehensive update, based on a census of economic activity that the government carries out every five years to gather detailed industry and commodity data. The update also reflects new information from other sources, including the Internal Revenue Service and the Department of Agriculture.

The household saving rate was revised higher in 10 of the last 11 years in the latest update, sometimes substantially. The changes were mainly driven by new IRS data showing that proprietors’ income was much bigger than previously known.

The mark-up in last year’s rate to 6.7 percent from 3.4 percent also reflected a change in the seasonal adjustment for employee compensation.

BEA officials believe they’ve now scrubbed the data clean of the so-called residual seasonality issues that have been artificially depressing first-quarter growth. First-quarter GDP is now calculated to have risen by an average annual rate of 1.6 percent from 2002 to 2017, versus 1.2 percent previously.

For 2017, the contours of growth showed a slower second half than previously reported. The first quarter was revised to a 1.8 percent pace from 1.2 percent and the second quarter went to 3 percent from 3.1 percent. The third-quarter pace was reduced to 2.8 percent from 3.2 percent, and the fourth quarter ended up at 2.3 percent, after a previously reported 2.9 percent.

The first quarter of 2018 was revised to a 2.2 percent growth pace from 2 percent.

The bureau also began on Friday to publish GDP data that’s not been seasonally adjusted so economists can make their own calculations of how changes in the calendar affect economic activity.

An ongoing BEA initiative on the digital economy led to other data changes. The agency adopted new quality-adjusted price measures for software and medical and communications equipment, including cell phones. It also unearthed capital spending on components for cloud computing.

The result was a jump in inflation-adjusted outlays by businesses on high-tech and other equipment. Those investments are now calculated to have grown at an average annual rate of 3.8 percent over the past five years, up from 3.2 percent.

With the rise in spending came a mark-down in corporate profits after adjusting for depreciation and inventory valuations. For 2017, such earnings were lowered by $65.4 billion, or 3 percent. They’re still up for the year though, by 3.2 percent.

In spite of the various tweaks to the numbers, the overall narrative of the economy’s performance over the last decade has not really changed.

The recession that began in December 2007 is still the deepest since the Great Depression, though it’s a shade less terrible than previously thought: GDP contracted by 4 percent, rather than 4.2 percent.

And the expansion that began thereafter remains the weakest of the post-World War II period, with an average annual growth rate of 2.2 percent.