Goldman Sachs Group Inc.’s economists warned the probability of a U.S. recession in the next year may be as much as 35% as they cut their forecasts for growth due to the hit from soaring oil prices and other fallout from the war in Ukraine.

Economists led by Jan Hatzius cut their prediction for expansion this year to 1.75% from 2.0%, on a fourth quarter-to-fourth quarter basis, they wrote in a note published late Thursday

Such an outlook left them saying the chances of recession in the coming year are “broadly in line with the 20%-35% odds currently implied by models based on the slope of the yield curve.”

The downgrade comes as U.S. consumer price gains accelerated in February to a fresh 40-year high on rising gasoline, food and housing costs, with inflation poised to rise even further following Russia’s invasion of Ukraine. 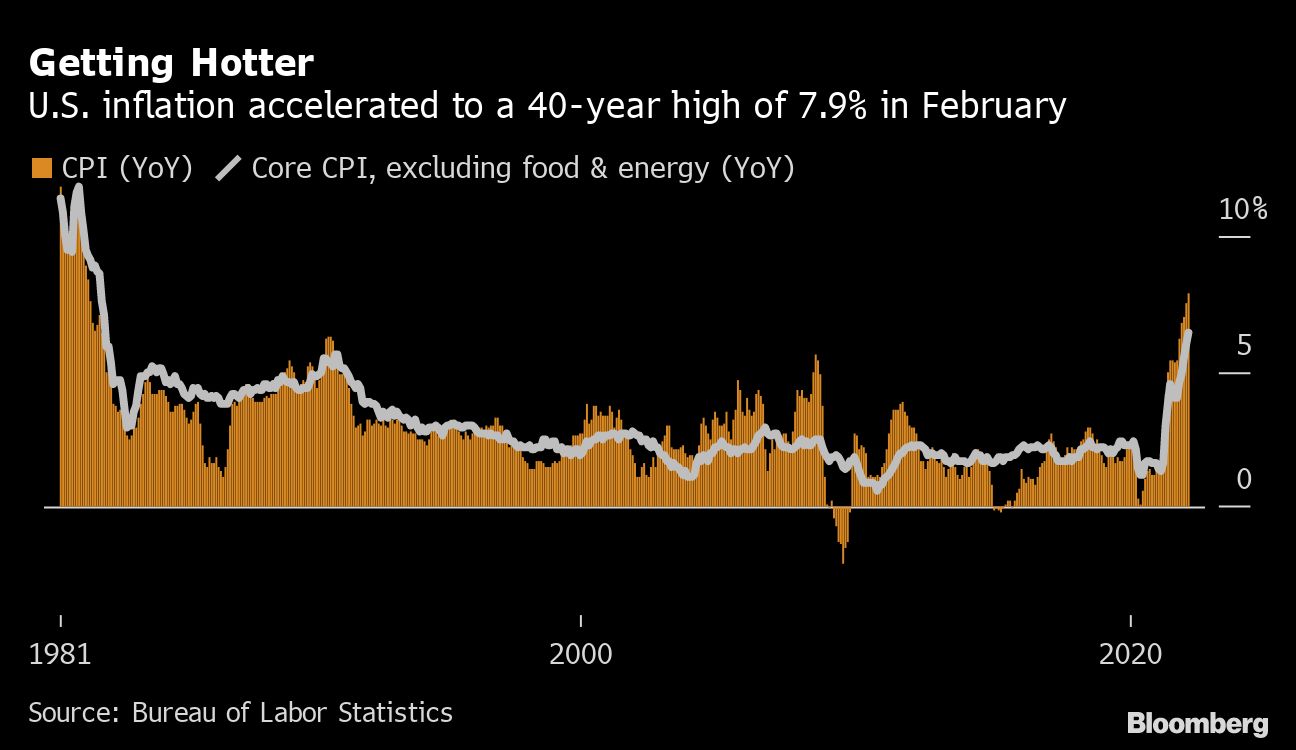 Earlier this week, Federal Reserve Chair Jerome Powell reaffirmed the U.S. central bank is on track to raise interest rates this month and commence a series of hikes to curb the highest inflation in decades, though he said Russia’s invasion of Ukraine means it will move “carefully.”

U.S. Household Net Worth Jumps to a Record on Equities, Housing

The new Goldman forecast “implies below potential growth in 2022 Q1 and 2022 Q2 and potential growth for 2022 overall,” the economists wrote in the note, adding that higher oil and agricultural prices will weigh on disposable incomes.

The war in Ukraine means the International Monetary Fund is also likely to cut its projection for global growth for this year when it presents revised forecasts ahead of the lender’s spring meetings next month, Managing Director Kristalina Georgieva said Thursday.

The IMF in January lowered its projection for 2022 to 4.4% as the Covid-19 pandemic entered its third year, citing weaker prospects for the U.S. and China, along with persistent inflation.

U.S. Household Net Worth Jumps to a Record on Equities, Housing