A Year Later, What's the Impact of Fisher's Crude Remarks? 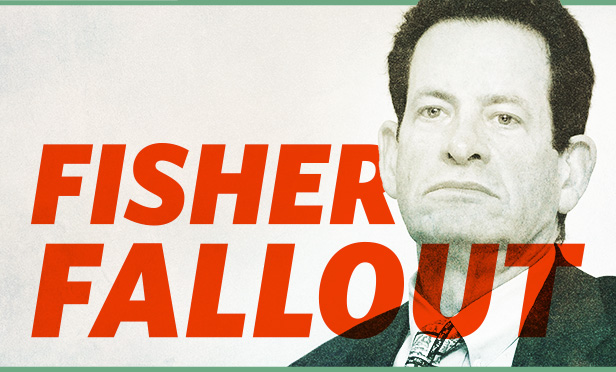 A year ago today, news stories began circulating about crude comments made by investment advisor Ken Fisher at an industry event.

Today, financial professionals who heard the comments made by the chairman of Fisher Investments are speaking out about what’s changed over the past 12 months, and what remains the same, in terms of the status and treatment of women in the industry.

The remarks came to light after Alex Chalekian, CEO of Lake Avenue Financial, posted a video on Twitter describing the lewd comments, which “truly horrified and disgusted” him. Fisher’s talk, he added, was “a true debacle. It was horrible. Things that were said by Ken Fisher were just absolutely horrifying.”

After the video went viral, two other attendees spoke up as well: Rachel J. Robasciotti, CEO of Adasina Social Capital, and Sonya Dreizler, head of the ESG consultancy Solutions With Sonya.

Fisher apologized several days later and was banned by Tiburon Strategic Advisors from appearing at future events. In addition, many financial firms moved to put conference codes of conduct in place and some Fisher Investments clients — mainly public pension groups — withdrew some $3.4 billion of assets.

The firm has about $124 billion in assets.

To assess the impact of the lewd remarks and subsequent fallout, ThinkAdvisor checked in with Chalekian, Robasciotti and Dreizler for their thoughts.

‘The Right Thing to Do’

“For me looking back a year later, I still feel the same way as I did then, and I knew it was the right thing to do. I’m glad I took the opportunity to speak up. I’m hoping that it has helped promote others to speak up as well for when they see things that shouldn’t be happening in our industry,” Chalekian said in an interview.

“I was happy that [the video] did help get the dialogue going. It was a conversation that should have happened a long time ago,” he said.

“Obviously, the world has changed a lot since last year,” he added, referring to the fact that most events are now held online due to the coronavirus.

At these virtual events, “I am seeing more and more individuals who didn’t have as much representation in our industry get the opportunities and be able to have a voice, which is fantastic,” explained Chalekian, who also is head of practice acquisitions at Integrated Partners.

“But on the flip side, I also see that a lot of this is possibly being done by firms because they were feeling the pressure of, ‘OK, we need to participate in this.’”

As diversity and inclusion efforts have multiplied across the industry, their value has to go beyond public relations, according to Chalekian: “Ultimately, at the end of the day, we’re going to [need] to look back and say, ‘OK, since this … group came to be at this company, [this is] what’s happened.’”

What’s going to help that push? “CEOs and [other] executives have to … make those changes at the top and lead by example, and … to say, ‘I want to change the culture here. I want to change the face of the firm, and let’s make sure we outline [that] and we start moving in that direction as opposed to just lip service.’”

As for events, Chalekian pointed out: “For the most part, I have seen from these virtual conferences a pretty good mix [of speakers], a lot better than in the past, but I still think we need to push harder.”

“I do think it was a watershed moment that woke people up to what many of us already know about the issues finance faces,” Robasciotti said. “The reactions that followed that event sparked conversations throughout the industry.”

While conversations and policy updates are a good start, “I hope that our industry will stop tolerating abuses of power — from the stage or in the office,” she explained.

“Language holds power, and we need to put on stage only those people who understand the impact of the words they speak.”

The firm she leads, Adasina Social Capital, “has been dedicated to” making the financial services industry “more inclusive of women, the LGBTQ+ community, people of color, and all marginalized groups … since we opened our doors in 2004,” Robasciotti said.

It’s also the reason the firm built its social justice investing platform “and the reason I stay in this work,” she added.

For her part, Dreizler told ThinkAdvisor: “In the last year, I’ve seen many financial conferences adopt anti-harassment policies, and I’ve been a part of many thoughtful conversations about race and gender, including with financial services industry leaders. I hope everyone has become less tolerant of harassing behavior at all levels.”

Looking back on what transpired a year ago, she explained on Twitter Thursday: “I was terrified to speak out about it, but decided to say something. Really though, I was only able to do so because: — a male ally, @AlexChalekian broke the silence first — another attendee, @rrobasciotti was willing to speak out as well. I am forever grateful to both of them.”

At the time, Dreizler had compiled a series on harassment and assault in financial services, but hadn’t found a media outlet willing to publish it.

“Self-publishing the Do Better series, in the aftermath of the conference debacle, was life changing for me. And I know how meaningful it was for women to see their stories given the voice and validation they deserve,” she tweeted.

What happened a year ago lifted the lid on a variety of issues within the industry — including what was not being said.

“When you’ve worked in finance for a while, the culture of secrecy seems normal. But, financial services’ culture of secrecy is incredibly toxic and part of the reason that women don’t tend to thrive in the industry,” Dreizler explained in a tweet.

“Please y’all,” she added, “let’s work together to make an industry where everyone belongs, and anyone can be a CEO.”