3 Ways to Help Americans Save More for Retirement

One in five Americans have absolutely nothing saved for retirement.

That’s according to new data released in October by the Indexed Annuity Leadership Council (IALC).

Just as alarming as the number of nonexistent retirement accounts: More than half of Americans admitted they do not have a retirement plan that will carry them through their golden years. Those Americans, understandably, voice the concern that they may outlive their retirement savings.

With steadily growing life expectancies, it’s now more important than ever for Americans to feel self-assured about their retirement savings situation.

At the same time, worry over retirement isn’t a flash in the pan, but rather a trend that is increasing or maintaining year over year. Nearly one-fourth of Americans are more concerned about their retirement savings today than they were this time last year, according to IALC’s data. More than half are equally as concerned this year as they were the previous year.

This comes as no surprise, as more than half of Americans have less than $100,000 earmarked for their entire retirement. That’s nowhere near what is recommended for retirees to live comfortably in a post-work life. Fidelity Investments, the nation’s largest provider of retirement accounts, suggests that workers should aim to save an amount equal to at least eight times their ending salary by retirement.

Here are three tips you could share with your clients, to help them create peace of mind when it comes to their retirement plans.

This advice may be obvious to you, as financial professionals, but keep in mind that your clients may not be as savvy. Remember: The majority of Americans are taking little to no action when it comes to planning their financial future.

1. Make use of financial planning resources.

Tools like retirement calculators are great at helping clients and financial professionals alike, especially those that calculate propensity for risk and determine how external factors, like inflation, may influence savings plans.

IALC recently launched a quiz-style game, Master of Retirement, a light-hearted way for Americans to gain knowledge and boost confidence.

The game will test your clients’ understanding of retirement strategies, trends, and other hot topics. If an incorrect answer is selected, the game shares the correct answer, and it also provides tools and resources for users to learn more.

While the number of employers offering retirement plans is declining, according to the Society for Human Resource Management (SHRM), many companies still offer 401(k) programs as an incentive, including matching contributions.

Advise your clients to take full advantage of this “free money” to help bolster their retirement accounts.

While there is a looming retirement crisis in America, with the guidance and expertise of financial advisors, we can work together to create financially stable futures. 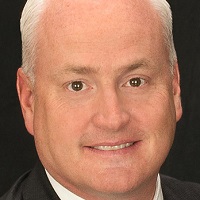 Jim Poolman is executive director of the Indexed Annuity Leadership Council. From 2001 through 2007, he was the North Dakota insurance commissioner.