A growing number of estate planners are setting up trusts in Nevada. State laws in Nevada are very favorable for trustors, to the point that trusts there now hold $18 billion in assets, up from $8 billion in 2008.

What’s drawing all those plans to Nevada? Regulations in place there make Nevada a friendly to trusts, as Delaware is to corporations. Your clients can reside anywhere in the U.S. and still benefit from most of these trust situations.

Estate planners may wish to familiarize themselves with some of these benefits cases where clients are concerned about the laws in their home states. Planners may be able to make use of these 9 provisions:

See also: Changes to estate planning laws in 2016: what to expect

These are some of the highlights of Nevada’s trust protection, but there are many more aspects to it of a more technical nature. The state is very serious about attracting trust business. If your clients are amenable to establishing a trust out of state, Nevada is well worth a conversation. 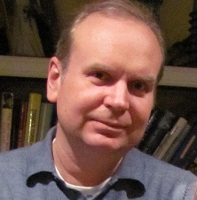 Tom Nawrocki is president and editor in chief of Triton Financial Newsletters, a full-service financial communications shop. A longtime editor at Worth magazine, he now creates newsletters, blogs, articles and commentaries for financial advisors and asset managers around the country. He can be reached at [email protected].