It is hardly surprising that the Labor Department under Secretary Eugene Scalia has proposed a new advice rule that is designed to benefit the same financial firms who once kept Secretary Scalia busy challenging rules they found too worker- or investor-friendly.

But appearances must be maintained, so the Department is now out selling its proposal as benefiting the very workers it puts at risk.

In singing the praises of the Department’s new proposal, Deputy Labor Secretary Patrick Pizzella devotes a significant portion of his recent ThinkAdvisor column to a discussion of the origins of the fiduciary standard.

It’s an ironic choice, since the key characteristic of Labor’s recently proposed advice standard is that it ensures that most of the advice workers and retirees rely on regarding their retirement investments will never be held to a fiduciary standard.

The department’s regulatory package does this in two ways.

First, it reinstates a 1975 regulatory definition of fiduciary investment advice that is so rife with loopholes that financial firms can rest assured that they will only be regulated as fiduciaries when they choose to be (and they don’t often choose to be).

Many of the recommendations retirement savers rely on as trusted advice, including most “rollover” recommendations to pull money out of a workplace retirement plan and invest in an individual retirement account (IRA), will fit one of the loopholes and therefore not be held to a fiduciary standard at all.

Second, when firms can’t rely on a loophole in the definition to avoid their fiduciary obligations, they will still not be held to a true fiduciary standard under the proposed new exemption. That’s because the exemption is modeled on the Securities and Exchange Commission’s Regulation Best Interest, and the SEC went to great lengths in adopting Reg BI to ensure that it is not a fiduciary standard.

If the department carries through with its promise to interpret its new exemption in harmony with Reg BI, the Labor Department’s proposed exemption will allow firms to claim to be acting in customers’ best interests without actually requiring them to do so. And it will allow firms to create incentives for their employees and agents that encourage and reward advice that is not in their customers’ best interests.

Worse, Labor has carefully stripped the exemption of any provisions that might make it enforceable for the millions of Americans who save for retirement through an IRA. As a result, it will unleash a flood of conflicted advice without providing any incentive for firms to comply with the rules or any ability for retirement savers who are harmed to recover their losses.

In short, far from improving investment advice for workers and retirees, this regulatory proposal will continue to allow powerful financial firms to siphon billions of dollars each year out of the retirement accounts of financially vulnerable workers and retirees in order to line their own pockets.

It is only fitting, therefore, that Deputy Secretary Pizzella ends his column with a reference to Willie Sutton, the Depression-era bank robber who famously said that he robs banks “because that’s where the money is.” With nearly $18 trillion in defined contribution plans and IRAs in 2019, Pizzella explains, retirement savings are where the money is.

Under the new advice rule, financial firms are the new Willie Suttons and the Labor Department just handed them the keys to the bank. 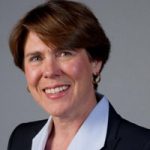 Barbara Roper is director of investor protection for the Consumer Federation of America. Vanguard to Shift 1,300 Jobs to Infosys