4 Ways to Create Your Own 'Random Luck' 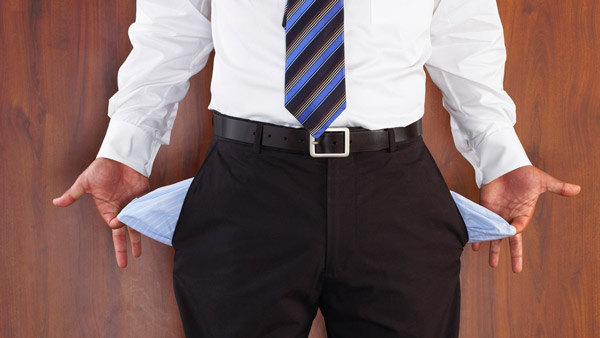 If we don’t consistently manage and nurture our sales pipeline, our growth will suffer. We recently saw this problem in our own company.

Although business was going well, our incoming prospects and sales meetings slowed to a trickle. A closer look revealed the logjam: Our emotions had gotten the best of us. Our sales team grew so used to success, we stopped spending extra time on the smaller tasks. Over time, this inaction worked against us.

(Related: You Can Outsource Cold Calling)

Our failure was a perfect example of why personal accountability is so important: If we don’t fully realize and respect the impact of every aspect of the sales pipeline, growth will grind to a halt.

Sustained growth requires focus. Merril Hoge, the former Steelers running back, once told a story that perfectly illustrates this concept. Hoge was terrified in his first training camp with Steelers coaching legend Chuck Noll. He noticed early on that if someone screwed up during camp, Coach Noll would blow the whistle, point the player into a white van, and then the white van would drive off. That player would never be seen on the Steelers’ practice field again.

On one play, Hoge found himself sprinting down the left side of the field while the rest of the play was happening on the right side. Coach Noll blew the whistle, looked right at Hoge, and shouted, “What are you doing?”

“That’s the problem,” Coach Noll said. “If the wide receiver catches the ball and starts to run, you not doing something means you aren’t there to get a fumble or make a block. I didn’t bring you in to be average or to do nothing. I brought you here to be uncommon in your efforts.” Coach Noll wanted Hoge to treat every moment on the field as if it was the next big play, anticipating opportunities and committing his mind and body to push the ball forward.

As in football, being consistent in sales requires you to be uncommon in your efforts, regardless of the temptations you feel when business is going well or slowing down. When business is going well, we feel confident. We’re more likely to neglect our daily call quotas, attend fewer networking opportunities, and deprioritize our monthly emails to prospects and previous clients. We see similar trends when business slows down. As our leads begin to decline, we grow discouraged, which pushes us to stop making extra calls and going the extra mile. This attitude leads to a vicious downward spiral that we can only escape through uncommon effort.

View All
From Helios Quantitative Research

Being uncommon in our efforts means consistently performing at a high level. I used to work with a salesman who insisted on making 50 calls every day in order to be successful. To help him keep track, he kept two cups on his desk, one of which held 50 coffee beans. After each call, he would move one bean to the other cup. He refused to leave the office until he transferred all 50 beans.

Thanks to his self-discipline, his close rate remained high. If he had seven great calls on his first seven dials of the day, he still had 43 more opportunities to generate new business. If he had 43 bad calls in a row, he still had seven more opportunities before going home. By making those 50 calls, he insulated himself from the highs and lows of a haphazard sales pipeline.

There are other steps you can take outside of the coffee bean trick to ensure you keep pressing forward throughout the year. Here are four tactics to build into your day:

1. Set a daily prospecting and sales goal, then go beyond it.

Make a few extra calls and send a few extra emails every day, regardless of whether you’re hitting your numbers. As the salesman with the coffee beans demonstrated, success comes from uncommon effort, not a random stroke of luck.

Your daily efforts should remain consistent even when you feel tempted to slow down during the good times and bad times.

Whatever additional effort you apply to your sales tactics, make sure you can track its success so you know whether you should alter your approach. Calling five additional prospects is a good way to reach more people, but it’s a poor tactic if you are calling low-quality leads. Your time may be better spent identifying new, high-value prospects to call the next day.

With extra help on your side, you’ll find it easier to remain consistent.

Becoming uncommon in our efforts requires a dedicated, measured approach toward growth, but the results are worthwhile. If we continue pressing forward through the highs and lows, we’ll pull ahead of the competition.

— Read 6 Ways to Capture the Rewards Hiding in the Unknown, on ThinkAdvisor.