Rydex Financial Services is the newest option for

Over the last year, Rydex Investments has been quietly making its entr?e in to the brokerage and custody markets with the formation of Rydex Financial Services, a platform that includes aggregated accounts, customized performance reporting, and private-label Web sites and statements. The 10-year-old Rydex Investments formed the brokerage/custody platform last summer, and now has about 47 clients and between $700 million and $750 million in assets, according to Phil Nicolaou, senior VP and national sales manager.

Rydex’s plans are to move from “being simply a mutual fund company” to a “much bigger integrated financial services company,” according to Nicolaou. “Seventy percent of the assets in our company come in through financial professionals,” he says, “so it’s a group that we feel very strongly about, and feel we can serve as long as we listen to what their needs are. This company was not built with a retail emphasis,” says Nicolaou. Rydex began 10 years ago by working with advisors, and he says that the company still believes that its products work best under the direction of advisors.

In addition to the services listed above, there is also the possibility of Rydex holding licenses for those in transition from a brokerage to a custody platform. Nicolaou points out that advisors receiving 12(b)1 trails from a fund company generally lose those trailing revenue streams if they go independent and move to a straight custody platform. While Nicolaou stresses that holding licenses is the exception rather than the rule, he cites it as yet another example of the way that Rydex Financial Services can accommodate the independent advisor.

While there are no formal recruitment strategies, interested advisors can find more information at www.rydexfs.com. 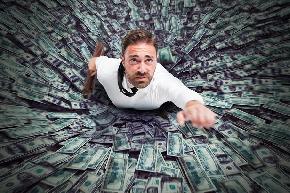