Juneteenth, a Day for Celebration and Frustration

On June 19, the US rightly celebrates the end of slavery on its soil — specifically, the day in 1865 when a Union general informed enslaved people in Galveston, Texas of their freedom.

Yet on the federal Juneteenth holiday, Americans must also recognize that the nation’s movement toward racial equity has been far from smooth or consistent, and that it is yet again under threat.

Time and again, progress has elicited intense backlash that has left Black people even farther behind.

Moses Fleetwood “Fleet” Walker, for example, played catcher for the Toledo Blue Stockings in 1884, more than 60 years before Robinson took the field for the Dodgers.

Yet the hostility of many White fans, players and team owners led the league to ban Black players in 1887. American football has a similar history: Black players were stars in the 1920s, banned in 1933 and reintegrated in 1946.

But amid government policies that denied them credit and even deliberately separated them from their land, their holdings declined by more than 70%, from 16 million acres a century ago to less than 5 million acres today — a loss valued at about $326 billion.

Or consider the Freedman’s Savings Bank, chartered by Congress in 1865 to give newly-free Black Americans financial independence. The bank attracted as much as $100 million in deposits with national advertisements touting (nonexistent) federal guarantees, then collapsed after making high-risk loans to politically connected businesses and to friends of its White directors.

It left depositors with only a small fraction of the compensation that other failed banks provided.

To this day, Black Americans are targeted for wealth destruction, as their greater-than-50% decline in net worth during the 2008 recession demonstrates. They lack access to basic financial services, pay more fees, suffer various forms of predation and, quite reasonably, have little trust in financial institutions.

Financial Services Can 'Do Better' on Diversity: Pershing Counsel

The backsliding happened in government, too. In the early 1900s, the federal government was a major employer of Black Americans, particularly highly skilled and educated workers who faced discrimination in the private sector.

But after President Woodrow Wilson segregated federal employees in 1913, the racial earnings gap among public-sector workers increased — with negative consequences that can even be seen in Black homeownership rates.

They used their power, for example, to increase funding for public education. Yet by 1880 a combination of intimidation, state-level legal obstacles and federal inaction had largely disenfranchised Black voters, setting the stage for the civil-rights clashes of the next century.

Now, as states such as Georgia and Texas move to adopt stricter voting laws, the threat of a new era of Jim Crow-style restrictions has emerged.

Although preliminary results from Georgia suggest that voter turnout has so far been unaffected, the official efforts to discourage Black voting – together with the prospect of legislative nullification of the popular vote — remain eerily reminiscent of Reconstruction.

Worse, the panic over critical race theory, together with the banning of books on racial topics, threatens to undermine the fundamental history education required for people to even understand how the country became so divided and how far it remains from justice.

For a nation founded with legal chattel bondage, living up to the creed of freedom has always been difficult. Juneteenth should remind Americans that emancipation was a necessary but insufficient event in the move toward racial equality.

Unfortunately, forcing the nation to fulfill its promise remains a frustrating struggle. 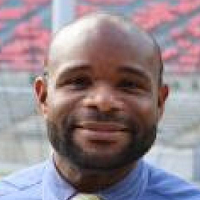 Trevon Logan is a professor of economics at the Ohio State University and a research associate at the National Bureau of Economic Research.

Financial Services Can 'Do Better' on Diversity: Pershing Counsel