The 5 Paradoxes of Planning

After nearly twenty years of being both a student and practitioner of our wonderful financial planning profession, I’m convinced that a series of paradoxes — and sometimes traps — undergird many of the strategies we deploy.

The first paradox: People love their retirement plans while working, but once retired, it’s their least favorite account. Taxes drive this phenomenon. While accumulating, people may save $3,000 to $4,000 in taxes for every $10,000 they contribute to your traditional IRA or workplace plan, be it a 401(k), 403(b) or 457 plan. This happiness/disappointment derives from the progressive nature of the U.S. tax code. Each contribution eliminates income taxes at your highest tax bracket. However, this turns vicious on the way out, as now each withdrawal is taxed at the highest bracket. That bracket may or may not be lower once retired. But large withdrawals for common purchases such as cars, roofs and once-in-a-lifetime vacations often generate hefty tax bills.

The second paradox: People live on income, not principal, but they spend far more time worrying about the principal fluctuations of their investments rather than on the usable income generated, and its fluctuations. Most shockingly, interest rates are far more volatile and prone to prolonged low rates. Consider a drop from 5% to 1%. Or the recent 2 % down to 0.5%. These are massive percentage swings. This fact struck me like a baseball bat in 2009, when a retired woman who spent her life working in a factory and saving in a bank appeared in my office very distressed. She was, and likely is still, a victim of the Federal Reserve collapsing interest rates. Prior to the 2008 financial crisis, her $500,000 nest egg was safe at the bank and generating over $25,000 a year in income. Post crisis, it was generating roughly $2,500 — a 90% collapse! I had no solution for her to “safely” generate her former income without subjecting principal to fluctuation. My gut tells me that if stocks ever approached the volatility of interest rates, investors would run for the hills.

A third paradox: Very few of my clients claim that making their kids rich through an inheritance is a top three priority. I’ve never seen it show up as a priority in financial surveys. This makes sense, as we are a self-made country that values work, and many parents have already provided for their children throughout their young lives, including funding costly higher education in many cases. Yet these same folks are repulsed by the idea of spending their principal in retirement. The result: they have a lower standard of living so their kids will live larger. A word to the wise: Either you take luxurious vacations, or your children will!

For our fourth paradox: A 65-year-old retired woman has a longer investing horizon than a toddler has for college. That’s right. The woman must plan for a 20-year horizon while the baby will hit college in 18 years. The lesson: most of us must invest some, if not most, of our money for the long term. And once we are 80, since we won’t spend it all anyway, we still have 30-year money based on our children and grandchildren’s horizon. Failing to embrace this costs people big-time in periods of crisis. Consider Dr. Craig Sklar, a 62year-old Ophthalmologist who, according to the Wall Street Journal, panicked out of the equity markets at the trough of the COVID-19 collapse because, he told the Journal, “I don’t have 10 to 15 years to recover my losses.” Unless the doctor has a terminal disease — and one he shares with his wife, if married — his horizon is well over 30 years. He just maximized his chances of having his retirement impaled on the spearhead of the next paradox.

Paradox five: Termites do more damage than tornadoes, but the wind gets all the press. That’s right, according to best estimates, termites cause $5 billion in annual damage. Tornadoes of course can cause terrible damage and even take lives, but annual damage ranges around $400 million. Inflation is the termites of the financial world, and market declines are tornadoes. Over a thirty-year retirement with a modest inflation of 2.4%, the average for the last thirty years, turns a dollar into fifty cents or a $2,000 monthly pension into $1,000. That’s real damage.

I’ll end with the paradox at the heart of our profession. We call it financial planning, but it’s financial guessing. As the Yiddish saying reflects, “man plans, God laughs.”

Here’s what we guess about: rates of investment returns, life expectancy, general levels of inflation, your personal level of inflation, your salary increases, Social Security cost of living increases, retirement ages and on and on. We put all these assumptions in great software programs and produce precise predictions of a future that most certainly won’t occur. As recent events have taught, the model is not the reality and the poll results are not the actual vote.

The reality is that we build financial resilience. We assist our clients in amassing and protecting financial resources that enable them to thrive in the good times and survive the bad. At our best, we enable them to turn up the stereo and roll with the changes. That’s a good thing. 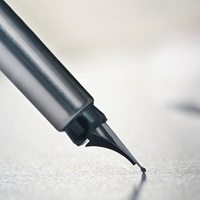 Michael Lynch, CFP, is a financial planner with the Barnum Financial Group in Shelton, Connecticut, and the author of Keep It Simple, Make It Big: Money Management for a Meaningful Life.