I work for Allianz Life. We’ve hit the 10-year mark for our Allianz Life annual New Year’s Resolutions Study. We started this study series in 2009, to see where money management, saving more and financial planning stacked up in the mindset of Americans as they approached each new year.

Ten years marks a great time to see where we’ve come since the Great Recession of 2008-2009. With new data just in from our 2018 survey, we now can see whether Americans have picked up any wisdom or increased their commitment to good financial planning skills and spending and saving wisely.

(Related: You Might Be as Popular as a Dieting Coach: Allianz Life)

This may be where the axiom, “The more things change, the more they stay the same,” fits in. Instead of seeing new wisdom and discipline, our full look-back at the data revealed plenty of discouraging features. In some areas we’ve seen progress, but in most, a remarkable flatness exists in the year-over-year data. Leading us to wonder, do Americans ever really learn lessons from the past and can they actively modify their behavior to achieve better outcomes in their lives?

The data point that triggers a head scratch is the answer to the question whether Americans plan to have a resolution to manage money better/save more. In 2009, 39% said yes to this resolution. This was taken at the end of 2009, around the time people were feeling the full effects of the 2008-2009 recession. At the time, one might think that number would have been higher after so many households were slammed by the housing crisis, market declines and rising unemployment. Yet even then, exercise and diet (at 40%) remained the top resolution for that year.

In all that time, the exercise/diet resolution has stayed number one, beating out money management/save more each year by as little as 1 percentage point to as high as 6 percentage points.

But we also asked this question a different way. Would Americans name “financial planning” as a top new year’s resolution? In 2009 and 2010, 33% said they were committed to it for the following year. This may have been where worries resulting from the 2008-2009 revealed themselves, because in 2011, after economic recovery started happening, this number plummeted to 20%, ticking downward over successive years to 14% in 2016 before rising to 18% in 2017 and 2018.

What’s the deal here? Are Americans sadly like mindless nerve endings, responding like pain sensors when pinched? Namely, when recessions or volatility hit, financial planning is a priority but when the economy feels OK it takes a back seat? Or, is something else going on here?

Looking closer, a few bright spots appeared in our data. We also asked the reasons why financial planning is not one of your resolutions. Many responses didn’t change much over time, such as “it’s too complex” or “I’d rather spend on fun activities.” But one that had a steady and gradual increase was “I have a solid financial plan,” growing from 23% to 29% over the 10 years.

That statistic actually mirrors another one from our study. In the broader question of what resolutions you plan to make, the answer “I’m unlikely to make or keep any resolution” registered a statistically significant change, ticking up gradually from 24% in 2009 to 29% in 2018.

So our silver lining may be that more people have created a financial plan and therefore don’t need to have financial planning as a resolution. But additionally, a solid group of Americans could be cluing into the notion that a new year’s resolution may not have the staying power needed to make a real difference in one’s life.

This got me to thinking about what makes for true success and improvement in both health and finances. On both fronts, you have to build good practice into your daily routines to make them stick over time rather than having a resolution that only serves to yo-yo you from good streaks to bad ones, leading to highs and lows mentally, emotionally and financially. Building good financial practices into one’s life has to become part of a daily mindset and routine, like making your bed or brushing your teeth.

Financial planning magazines tell success stories born of people’s discipline and commitment to something positive — from clipping coupons to making savings automatic — that are built into their daily lives. Choosing specific actions can have a constructive long term impact.

After 10 years of asking the same questions, we’ve found that a new year’s resolution may best be seen as a starting point. A steady base has to be built if the commitment is to last. 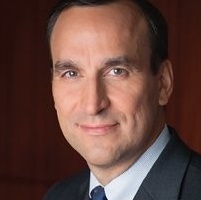 Paul Kelash is a vice president of consumer insights at Allianz Life.