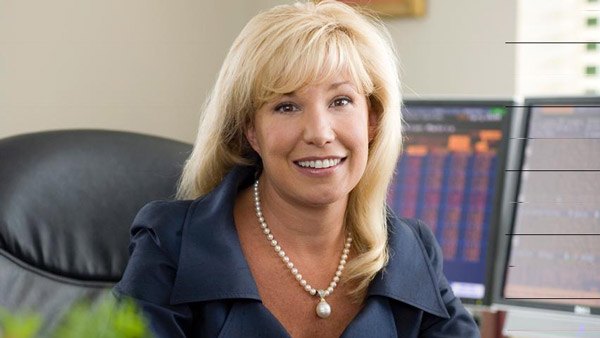 In the ongoing saga of fired Morgan Stanley advisor Ami Forte, the Financial Industry Regulatory Authority issued a notice of complaint on Thursday, raising seven issues tied to her and another advisor’s management of assets owned by the estate of Roy M. Speer, a co-founder the Home Shopping Network, Forte’s longtime client with whom she had an affair.

Forte disputed the FINRA allegations on Friday, saying in a statement: “I intend to fully defend myself against these baseless charges, and I denounce the motives behind them. I am confident that my conduct will be shown to be beyond reproach. It’s typical of FINRA’s strong-arm and coercive tactics to file a series of absurd claims against me just days before Christmas.”

FINRA argues in its complaint that, from September 2011 to June 2012, Forte and Charles Joseph Lawrence “exploited [Speer], a 79-year-old customer suffering from severe cognitive impairment” and generated over $9 million in commissions in less than one year through “excessive trading.”

Though Forte and Lawrence knew Speer suffered severe cognitive impairment, the two now-barred advisors never reported his condition to Morgan Stanley and “increased their level of trading” in his accounts — over 2,800 transaction in a 10-month period.

“In addition, many of these transactions involved unsuitable short-term trading of long-term investment products, such as income-producing bonds with long-term maturity dates,” FINRA said in the complaint.

“Finally, Forte, who remained broker of record on [Speer’s] accounts and kept in near daily contact with [him], used her position of trust and confidence to exploit [him] while he was suffering severe cognitive impairment and to generate excessive commissions from his accounts.”

In March 2016, a FINRA arbitration panel ordered Morgan, Forte and McCoy to pay more than $34 million to Speer’s estate. Since then, Morgan Stanley has sued Forte to pay for some of that award, and she has sued the wirehouse for gender discrimination, defamation and wrongful discharge.

Her Side of the Story

Forte was once one of Morgan Stanley’s most celebrated and prominent financial advisors, with $2 billion in assets under management. She became an advisor in 1994.

Morgan Stanley, according to Forte, “has done a [complete] 180. When it previously served the firm’s interests, the public was told that I was a model advisor. Now that I’m suing the firm for discrimination and wrongful termination, it suddenly fabricates issues with my conduct.”

She says that a recent Harvard Business School study concludes that female advisors are far more likely to be discharged than male ones for the same alleged improper acts.

“It is extremely telling that FINRA has taken no action against the untouchable Wall Street mega-firm that is Morgan Stanley, but it hounds an employee for years after her wrongful termination,” Forte explained in a statement.

“Enough is enough. It’s time for FINRA to stop being Morgan Stanley’s lap dog. FINRA is supposed to regulate Morgan Stanley, not do its bidding,” she added.

According to her attorney Robert Pearl, both Forte and McCoy’s supervisors, were “actively involved in the supervision of the account activities for Mr. Speer and have previously testified that the accounts were properly invested.”

Forte and Pearl maintain that she engaged “in no trading of any kind in Roy Speer’s accounts during the period in question,” did not fail to disclose Speer’s dementia and that McCoy met Speer about three times per week to work on his estate plans and related activities.

“Whether fueled by sexism or a transparent ploy to provide a scapegoat for Morgan Stanley, these charges against Ms. Forte are a disgrace. It’s the height of injustice to punish Ms. Forte for Mr. McCoy’s self-enriching schemes and Morgan Stanley’s negligence and complete lack of supervision,” Pearl said in a statement on Friday.

The attorney adds that, although Forte was fired, McCoy agreed to be barred from the industry and was allowed to retire from Morgan Stanley “with an unblemished record and a generous severance package.” Also, “none of Mr. McCoy’s supervisors were ever disciplined by Morgan Stanley or FINRA,” Pearl said.

On Friday, after Forte went public with her remarks, Morgan Stanley issued the following statement: “FINRA’s enforcement proceeding speaks for itself. Morgan Stanley looks forward to addressing Ms. Forte’s conduct and her baseless claims in its upcoming arbitration with her.”