Your article was successfully shared with the contacts you provided.
Seema Verma (Credit: Centers for Medicare and Medicaid Services)
Close Slideshow 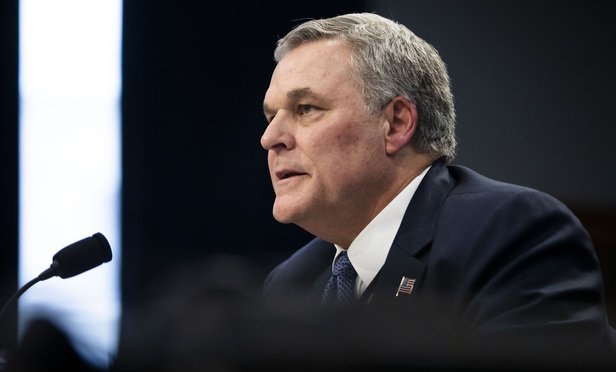 Federal regulators have completed a set of health insurer and health plan price disclosure regulations that could require coverage providers to offer large amounts of personalized enrollee cost data, through self-service tools on the internet.

The three federal agencies in charge of federal health coverage regulation efforts — the Centers for Medicare and Medicaid Services (CMS), the Employee Benefits Security Administration (EBSA) and the Internal Revenue Service (IRS) — have released a 556-page preliminary version of the final “Transparency in Coverage” final rule.

The three agencies, which are known as the “tri-agencies,” have described the new regulations as a continuation of earlier efforts to promote health care price transparency, including a move to require hospitals to put hospital care cost estimators online.

(Related: Hospitals Must Post Their Real Prices Starting in 2021: CMS)

Tri-agency officials say in the preamble to the final rule that the goal of the regulations is to give patients the information they need to shop for care based on price, through tools the patients can really use to compare providers’ prices.

States have tried to implement price transparency rules, but they lack the authority they need under the Employee Retirement Income Security Act of 1974 (ERISA) to regulate employers’ self-funded health plans, and many of the existing public and private price transparency efforts are flawed, tri-agency officials write in the preamble.

The short implementation time built into the regulations will encourage all players in the health care system to develop new price disclosure tools, and “the development of these tools in turn will create additional consumerism, which will lead to lower prices throughout the health care market,” officials say. “This impact is only achievable, however if all applicable plans and issuers are held to the same standards and timelines.”

Some health finance policymakers have argued for years that the main problem with the U.S. health care finance system is that consumers have little ability to know what they will pay “out of pocket” for care, or what their health insurers or other coverage providers will really pay, after taking provider network agreement discounts into account.

Seema Verma, the CMS administrator, said in a statement about the new final rule, included in the final rule completion announcement, that the rule implements part of a health care transparency executive order that President Donald Trump issued in June 2019,

“President Trump is solving longstanding problems in our health care system,” Verma said. “Hidden health care prices have produced a dysfunctional system that serves special interests but leaves patients out in the cold.”

Price transparency puts patients in control and supports competition on the basis of cost and quality, Verma said.

Here are seven other things to know about the new final rule.

The officials in charge of the transparency project are Seema Verma, the administrator of CMS; Charles Rettig, the IRS commissioner; and Jeanne Klinefelter Wilson, the acting head of EBSA.

The tri-agency contact people for the project are Deborah Bryant of CMS, Christopher Dellana of the IRS, and Matthew Litton and Frank Kolb of EBSA.

The tri-agencies published a draft of the provider price disclosure regulations in the Federal Register — the federal government’s official rulemaking publication — in November 2019. The agencies received about 25,000 comments on the proposed regulations but received no requests for a public hearing.

CMS has now posted a preliminary version of the final rule on its website.

The final rule calls for insurers and self-funded employer health plans to:

If Joe Biden wins the presidential election Tuesday, he and his administration may have different regulatory priorities than the administration of President Donald Trump has.

States also could  affect whether and how the regulations take effect.

“States will generally be the primary enforcers of the requirements imposed upon health insurance issuers by the final rules,” tri-agency officials say in the preamble.

Officials say they have built flexibility into the final rule, such as provisions that would let payers come up with their own ways to format the price information, and provisions that let coverage providers rely on good faith efforts to come up with appropriate pricing data.

AHIP President Matt Eyles said in a statement about the new price disclosure regulations that the new regulations will hurt health insurers’ ability to bargain for lower prices.

“At least three-quarters of commercial health insurance providers already offer price transparency tools to the more than 120 million people they serve, according to AHIP research,” Eyles said. “But competition experts, including the bipartisan Federal Trade Commission, agree that disclosing privately negotiated rates will reduce incentives to offer lower rates, creating a floor — not a ceiling — for the prices that drug makers, providers, and device makers would be willing to accept.”

The final rule applies to:

The tri-agencies are not applying the new regulations directly to:

The tri-agencies have not used the terms “professional employer organization” or “association health plan” in the final rule.

The new final rule calls for the affected payers to publish machine-readable data files that provide:

A payer is supposed to update those data files every month.

When a payer creates the version of its self-service patient cost estimator tool, the tool must provide, for 500 shoppable services:

Health insurers, self-funded plan sponsors, trade groups and other commenters told the tri-agencies that defining and calculating health care prices can be difficult, and that, in some cases, plans may not normally pay fees for specific services.

In some cases, commenters said, a plan may pay a physician or other provider a flat fee per patient per month, quarter or year, rather than a fee per service.

The tri-agency officials say in the new preamble that payers that normally pay for bundles of care from some providers, rather than fees for service, should do their best to provide a reasonable estimate of the costs associated with getting care from those providers.

If a payer charges an enrollee co-payments, deductibles or other cost-sharing amounts based solely on the cost of an entire bundle of care, not for any specific service, the payer can provide just that one overall cost-sharing charge estimate, the tri-agencies say.