While no one was fully prepared for the chaos the recent pandemic has caused, some advisors have fared better than others. Even with the recent market volatility, thanks to the right processes, some advisors have instilled confidence in their clients. However, others have clients who are panicking and making bad decisions. For those advisors, it may be time to reconsider some key processes or lack thereof.

In the coming decade, for Americans who are searching for the right financial advisor, one of the biggest questions will be, “how prepared were you for this event?” Take this opportunity to retool your practice to prepare for both good times and bad going forward.

Early humans made the switch from a hunter-gatherer culture to farming, because farming provided a reasonable level of predictability. Financial planning is a lot like farming. A financial advisor should sow seeds of confidence by using the right process, with the right risk metrics, to build contingency plans before they’re necessary.

Use the Right Risk Metrics

Most risk estimates use a value-at-risk methodology, a normal distribution or a Gaussian distribution. This methodology suggests that 95% of market returns fall within two standard deviations of the mean. This is the most common way of representing risk, and yet markets don’t seem to fit this model very well.

When you compare the standard risk estimates that use a normal distribution and at-risk methodology to a heavy-tailed model using an estimated tail loss methodology, and apply it to all listed U.S. securities, you’ll find that the common model underestimated risk in over 77.3% of cases.

Here’s an example. The bell curve would suggest that Black Monday should actually happen once every 100,000 times the age of the universe. In other words, it simply shouldn’t happen. This suggests that extreme market events happen with greater frequency and greater severity than the normal bell curve would predict.

The 2007 New York Times best seller “The Black Swan: The Impact of the Highly Improbable,” by Nassim Nicholas Taleb, highlighted a decades-old idea that financial markets, in fact, do not follow a bell curve. He suggested that using a bell curve as the basis for navigating risk can be dangerous. This sparked a move toward heavy-tailed risk models that more accurately capture the frequency and impact of much more severe losses in financial markets, but only for major financial institutions. Heavy-tailed risk models have yet to become common in most consumer-level conversations about risk.

Heavy-tailed distributions approach zero at a slower rate and can have outliers with very high values. They better represent the actual risk in markets. In fact, the heavy-tailed model underestimated risk in only 2.4% of cases, according to research from portfolio risk expert Ron Piccinini in 2017.

What Is the Stock Market Telling Us?

The 2011 correction is interesting, because you may not even remember it. The worst six-month period was down 16%, and there were three periods in excess of the common estimate.

The 2020 pandemic is the most recent example. The worst six-month period was -24%, and the average of the 17 periods in excess of the common estimate was -18%.

Your goal should be to instill within your clients a high level of confidence that they can achieve their retirement goals and that they won’t panic during times of market stress. The common method falls short. A good risk estimate that instills confidence and tempers irrational fear should be based on a heavy-tailed model and an estimated tail loss methodology. Using bad risk metrics plants seeds of doubt

If your clients are retiring, their primary concern has shifted from normal markets to abnormal markets. It’s shifted to the question of whether a risk event would cause them to have to change their lifestyle or unretire. Advisors should:

The last thing you want when the market goes down is for your client to panic and sell at the worst time, effectively locking in a loss. Tempering your clients’ perceptions about the risk they’re actually taking by using models that reasonably represent reality and stress testing the plan will ultimately give clients confidence.

Down markets are when you earn your keep as an advisor. They are proof that your process works. A contingency plan allows you to avoid making major changes to a client’s lifestyle to deal with a down market. A plan in place builds client confidence. Cement your professional relationship by helping your clients prepare for those big market swings. 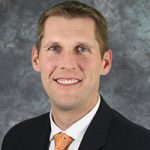 What Is the Stock Market Telling Us?