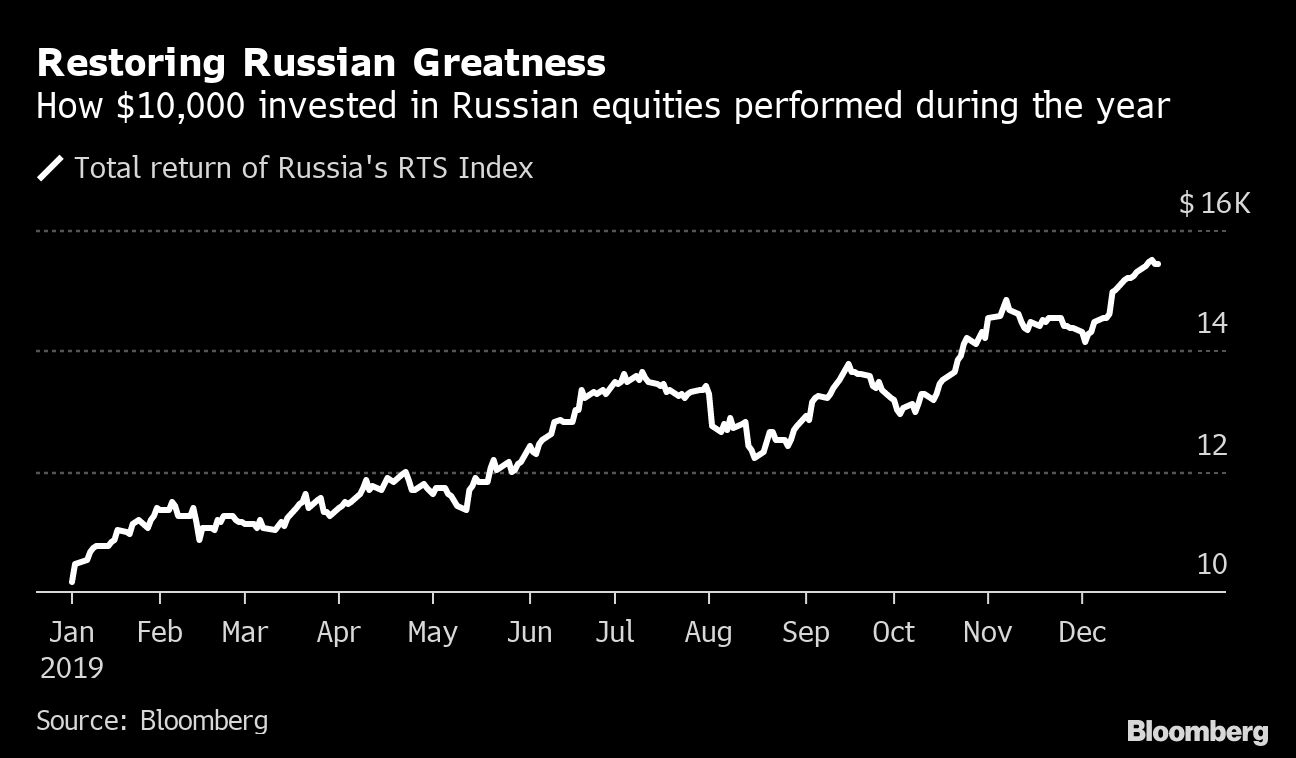 In 2018, seemingly every asset class was a loser. In 2019 it’s been the reverse, with opportunities abounding — and some of the biggest winners have come from unexpected corners of the market.

This year featured geopolitical flare-ups like escalation in the U.S.-China trade war and the U.K.’s Brexit drama, but markets were buoyed by factors like a dovish turn from central banks including the Federal Reserve. Add it all together and there was surprising market resilience despite periodic barrages of negative headlines.

“It’s been sort of fun trading this,” said Stephen Innes, chief Asia market strategist at AxiTrader Ltd. “Overall the trend has been up” and “just playing the reversions on all these massive hiccups has been very fruitful on virtually every cross asset right across the board. It’s been a good year on a number of fronts for everybody.”

While most of the industry’s attention has been on the records in U.S. stocks and global equity benchmarks, there have been notable moves in other corners of the market this year as well. Here’s a look at a few of the biggest standouts.

In a year where the U.S. imposed several rounds of fresh sanctions on Russia and Moscow was rocked by seven weeks of protests, the country’s equity market has performed best globally on a total-return basis in dollar terms, and its currency is the second-best worldwide.

Stable oil prices have allowed Elvira Nabiullina, governor of the Central Bank of Russia, to cut rates five times. That helped with the rebound from a sell-off in 2018 some saw as excessive.

Despite the political headwinds, Russian companies “are, generally speaking, in great shape,” said Fraser Lundie, head of credit at Hermes Investment Management. For many of them, such as commodity producers that have benefited from stability in oil and foreign-exchange markets, “things have rarely been better,” he said. 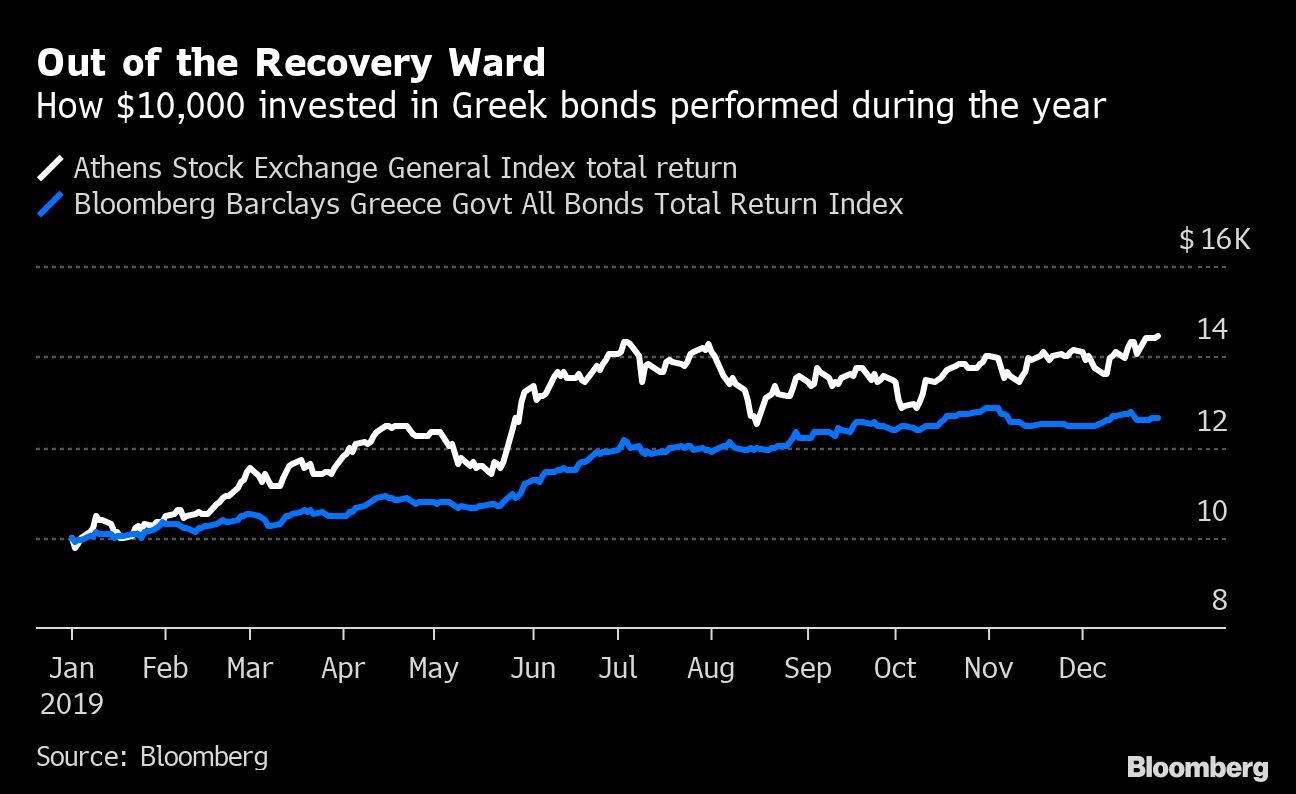 Vying with Russia for the year’s best equity market performance is Greece, which started a turbulent decade with a financial crisis and an International Monetary Fund bailout — and now ends it with a stunning rally for both stocks and bonds.

Reforms in the country have started to pay off and the far-left Syriza party was ousted by the center-right New Democracy in an election in July. Easy money from the European Central Bank helped, allowing the country to borrow at negative interest rates during October, and its 10-year government bond saw the biggest rally year-to-date among 19 major markets tracked by Bloomberg News. 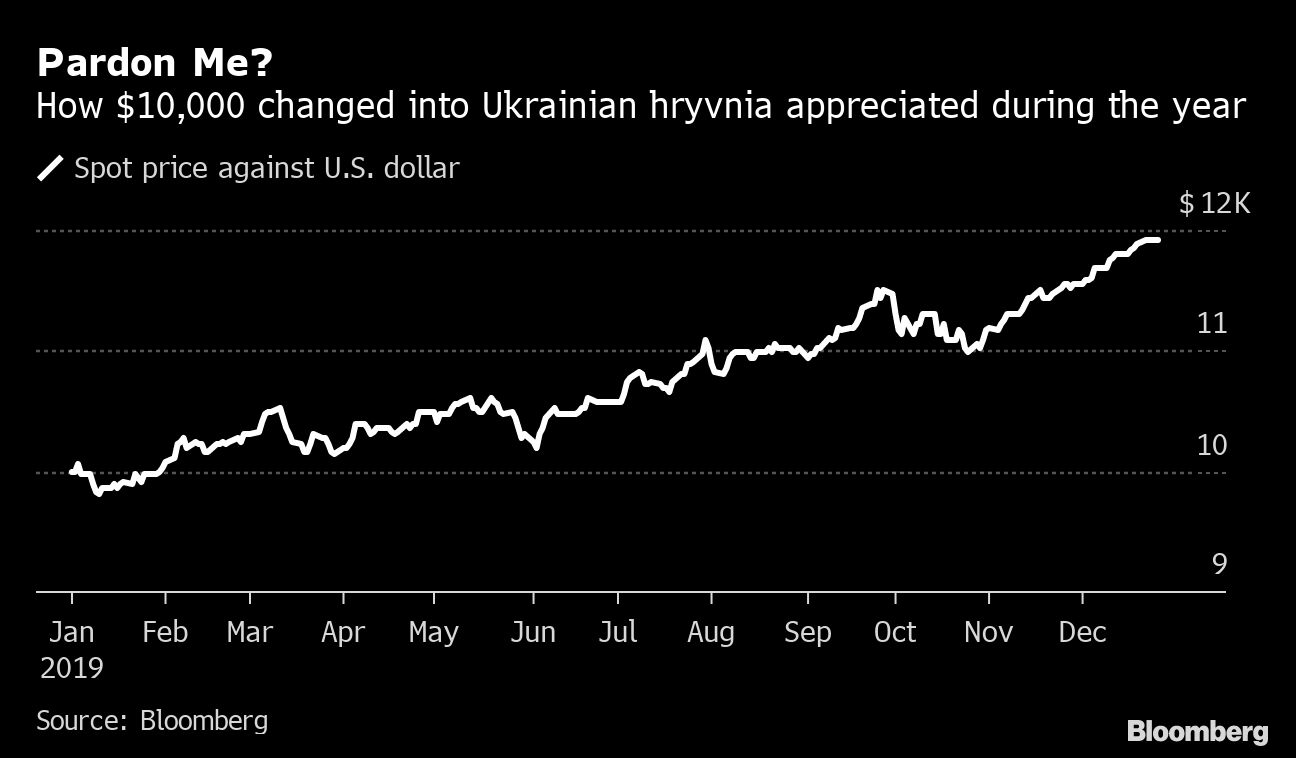 The world’s best-performing currency this year out of more than 130 tracked by Bloomberg? It’s the Ukrainian hryvnia, which saw a largely uninterrupted period of stable appreciation in 2019.

That marked a break with three years of price swings of around 10%, which followed a collapse in the currency after the Russian invasion of Crimea and as separatists fought in the eastern part of the country.

A package of market-friendly reforms as part of an IMF program has allowed the central bank to slash interest rates, helping to boost economic growth. The market value of the country’s currency rose faster than all others this year.

In a bad year for start-ups, stocks tied to the fake meat craze stood out — particularly vegan food producer Beyond Meat Inc.

But it also generated a boom in Chinese companies looking to cash in on the momentum — with such frenzied buying around stocks tenuously linked to the trend that the Shenzhen stock exchange started to ask questions about producers of real meat, not the ersatz stuff.

One company, YanTai Shuangta Food Co., generated a total return of 175% — and its fake-meat offerings are so far limited. That puts it within range of the 209% return for Beyond Meat, which during the summer soared to almost 10 times its listing price of $25. 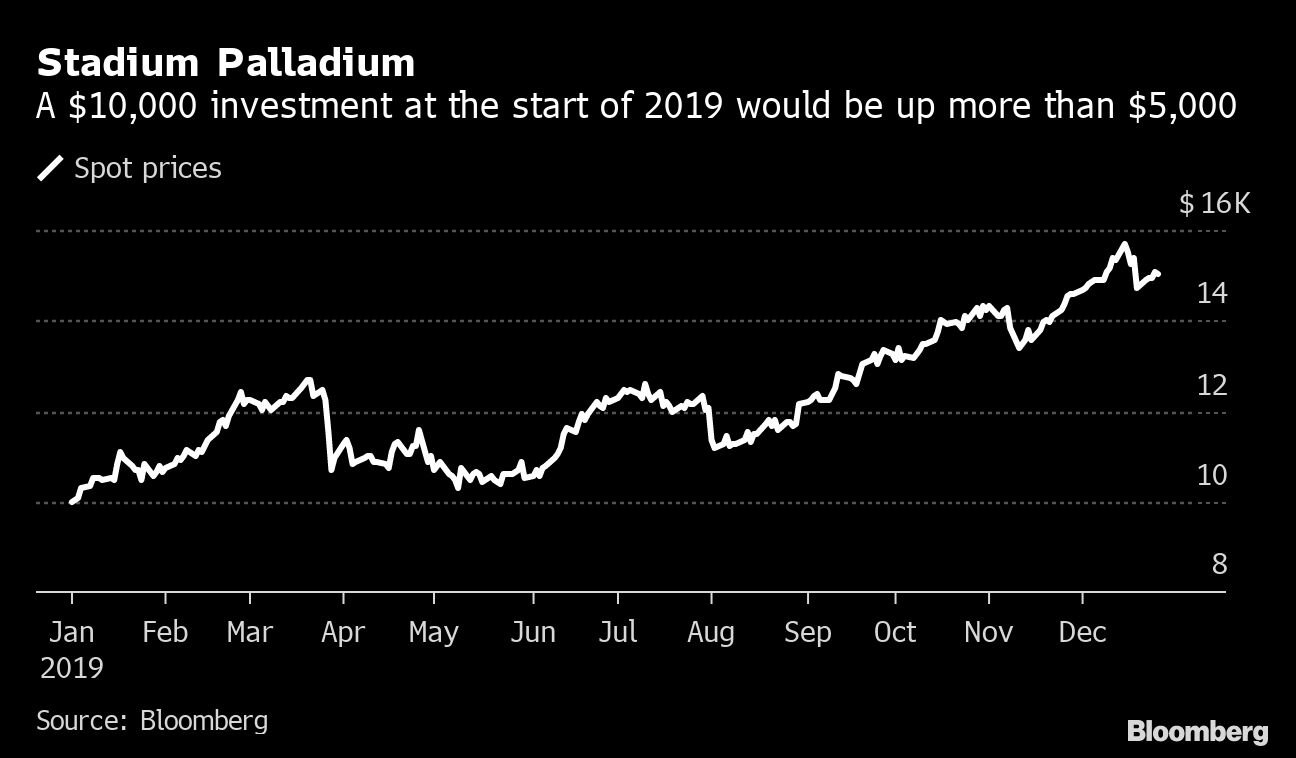 Palladium prices shot up about 51% and surpassed $2,000, making it the year’s best-performing precious metal.

“Palladium is a clear-cut situation of limited supply meeting increased demand from an automobile industry having to produce better and more environmentally friendly engines,” said Ole Hansen, head of commodity strategy at Saxo Bank A/S. “With the main demand coming from this sector the price can potentially go much higher if supply remains tight.”