Reg BI, Form CRS Status Check: Is Your Compliance Where It Should Be?

Industry attorneys along with FINRA are weighing in with advice and steps on getting up to speed with the SEC advice-standards package.

As we head into fall, broker-dealers and advisors are receiving warnings from regulatory players on how far along their compliance should be with the Securities and Exchange Commission’s huge advice standards package — namely Regulation Best Interest and the customer relationship summary, or Form CRS.

Meanwhile, the CFP Board reacted to a serious drubbing from the Wall Street Journal in early August about the Board’s enforcement practices that led, in part, to the Board announcing new enforcement changes.

Fred Reish, partner at Drinker Biddle & Reath in Los Angeles, said during the law firm’s late July Inside the Beltway webcast that his “gut-level feeling” is that BDs are “already behind schedule,” despite the fact that Reg BI isn’t enforced until July 30, 2020. “There’s so much there that it’s going to be really hard to comply.”

The final Reg BI requires BDs to consider “cost of investments and investment strategies every time a strategy is recommended to a retail client,” Reish said. Broker-dealers now will be required to go over their processes for considering costs when it comes to recommending a variable annuity as well as the third-party recommendation regarding mutual funds, he explained. “What’s the process? Then the training and the policies and procedures” have to be developed.

Registered investment advisors need to “get going” on their compliance with the SEC’s advice-standards package this fall, Reish advised, “because, from my perspective, the SEC is taking a much broader view of conflicts of interest.”

For example, if an RIA recommends that an investor refer an IRA to them, “if the investor agrees to transfer the IRA, the [RIA] makes more money than if they didn’t transfer,” which amounts to a “conflict of interest recommendation that results in a benefit to the RIA,” Reish said. “Where is that disclosed to the clients? Is it in the [Form] ADV?”

Micah Hauptman, financial services counsel with the Consumer Federation of America, said on a separate webcast in mid-August that “going forward, firms will need to assess whether their current practices comply with Reg BI or whether they need to make changes.”

The extent to which firms “recalibrate their practices, if at all, will be a function of what they feel comfortable defending against regulators, in court and in arbitration,” he maintained.

Hauptman said that he doesn’t expect “significant changes” to broker-dealers’ product menus, and that third-party payment structures will continue — load funds, 12b-1 fees, revenue sharing and the like.

“There may be some firms that see business benefits to adopting less conflicted menus that use clean shares, level compensation, for example,” he added. “Time will tell whether firms will decide to eliminate conflicts that they themselves create, including the broader categories of sales contests, trips, bonuses” and emphasizing proprietary product sales.

The question for most firms regarding Form CRS will be: “How do you fit all of the required disclosures in two pages — if you’re a standalone broker or advisor — or four pages, if you’re a dual registrant, while still being accurate and precise?”

The Financial Industry Regulatory Authority — the enforcer and examiner of Reg BI — also is mulling changes to its rulebook in light of the SEC’s new rule. Hauptman, for his part, doesn’t see the BD self-regulator releasing rule changes before Reg BI’s effective date.

Jim Lundy, a partner in Drinker Biddle & Reath’s Chicago office, told IA that it’s unclear if FINRA “will finalize rules and examine and enforce for those rules as well.” He said the self regulator could issue a rule before or after Reg BI’s June 30, 2020, effective date.

The SEC “will continually be actively engaged through an interagency implementation task force,” CFA’s Hauptman said, “the details of which have not been announced.”

In early August, FINRA created a Reg BI webpage to help BDs comply with the SEC’s rule, and is urging BDs to submit questions to the securities regulator about Reg BI and Form CRS at IABDQuestions@sec.gov. A FINRA spokesperson said the website will be updated on a regular basis.

The organization also announced that it will produce written and online content to assist firms, as appropriate, and that the BD self-regulator plans to hold in-person meetings and workshops to assist firms with their implementation efforts.

These initiatives, it states, will be announced via “various communication channels, including website announcements and emails to firms.”

FINRA’s Reg BI webpage also states that the organization will review its “rules to see whether changes are needed to align FINRA rules with the SEC’s rulemaking,” and that any proposed changes will be filed with the SEC for public comment and available on FINRA’s website.

Lundy stated that while FINRA’s “notice advising its members to contact the SEC and to work with FINRA is a positive, it’s unclear, and even unclear in the Notice and on the FiINRAwebsite, whether or not FINRA will, in fact, finalize rules that will fall under Reg BI.”

In the meantime, Lundy continued, FINRA has “been very clear they plan to work with the SEC and member firms to get into compliance and educate their staff on exams and how it [Reg BI] will be enforced.”

The CFP Board in early August took several steps to strengthen its enforcement program after a July 29 report by the Wall Street Journal revealed the Board omits client complaints about CFPs, as well as planners’ criminal or regulatory problems on its consumer-facing website, LetsMakeaPlan.org.

Susan John, chair of CFP Board’s board of directors, said on a July 30 call that throughout 2019, the CFP Board has been reviewing its enforcement procedures to be ready when its new Code and Standards go into effect on Oct. 1.

The CFP Board extended in mid-July the compliance date for its new Code of Ethics and Standards of Conduct to June 30, 2020, to coincide with Reg BI’s compliance date. The CFP Board’s fiduciary ethics standards, however, still will become effective on Oct. 1, 2019.

The new task force also will be looking at “some important issues” raised by the Wall Street Journal analysis.

The following changes, however, are effective immediately: • No longer solely relying on self-disclosure of CFP professionals; • Checking Finra’s BrokerCheck and the SEC’s Investment Adviser Public Disclosure database each time a CFP professional renews; and • Providing consumers access to BrokerCheck and IAPD information on LetsMakeaPlan.org and CFP.net/verify.

“We don’t agree with everything in [the Journal] article, but we do think there are some areas that [were] pointed out that we could do a better job,” said Kevin Keller, CFP Board CEO. He added that the CFP Board would be in talks soon with FINRA and the SEC on an “API interface” of data that will help the CFP Board automate its manual disclosure process.

Michael Kitces of Pinnacle Advisory Group, and publisher of The Nerd’s Eye View blog, said in an early August blog post that “the need for better enforcement mechanisms is especially critical” with the new CFP Code of Ethics and Standards of Conduct going into effect in October, writing: “Proactively reporting all disciplinary records and creating tools for consumers and CFPs to easily register complaints are simple steps, at least initially, towards improving oversight of financial advisors, until the new independent task force releases its recommendations for strengthening and modernizing enforcement of CFP standards.”

Washington Bureau Chief Melanie Waddell can be reached at mwaddell@alm.com.

“The custodial business-pricing model was ripe for disruption, … and this … begins to change the way in which the marketplace is oriented" 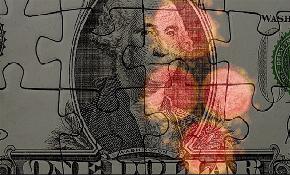 The pandemic could increase commercial insurers' spending about 9% to 38%.