The best way to hedge a portfolio of collateralized loan obligations (CLOs) might just be with a new type of CLO structure. No, seriously.

Credit Suisse is taking a cue from the U.S. Treasury and mortgage-bond markets and splitting the safest portions of CLOs into two parts: one that pays only interest and another that’s mainly principal. Bloomberg News’s Adam Tempkin saw a presentation from the bank on the structure, known as Mascot, for modifiable and splittable/combinable tranches. In it, the bank argues that the interest-only portion in particular has “the potential to be the cheap hedge a bondholder can construct for a CLO portfolio.”

(Related: CLOs Have Hit a Peak When Mom and Pop Show Up)

On its face, this looks like peak Wall Street. Spitting up CLOs, which themselves are bundles of leveraged loans, and offering them as a way for investors to protect against large declines in credit markets? Perhaps this is little more than bankers getting creative to get deals done when the alarm over growth in risky corporate borrowing is becoming harder to ignore.

Obviously, if you believe that the $1.3 trillion leveraged lending market will eventually face a day of reckoning, and CLOs will go the way of the pre-crisis CDOs, then this sort of structure is probably of little interest. However, as I’ve written before, that seems unlikely to happen for a number of reasons, even if Moody’s Investors Service considers loan covenants to be about the weakest on record. Most likely, as Bank of America Chief Executive Officer Brian Moynihan said, the economy will slow down “and then the usual carnage goes on.” A typical level of losses wouldn’t hit the top-rated segments of CLOs, which famously never defaulted, even at the heights of the financial crisis.

So credit-market bloodbath aside, this new CLO innovation might make sense after all.

The appeal of Mascot hinges on the fact that asset managers who issue CLOs can typically refinance starting two years after they sold them. This option is extremely valuable to borrowers. If credit spreads tighten during that period, they can come to market again and get cheaper funding. If spreads widen, well, they’ve already locked in cheaper funding.

On the flip side, this refinancing option is something of a lose-lose for investors because the CLO issuer will effectively do the exact opposite of what they’d prefer. Conditions that encourage refinancing, by definition, mean buyers (including life insurers) will have to reinvest at tighter spreads and accept reduced returns. As spreads widen, investors are stuck holding on to lower-yielding securities. Neither of these outcomes is detrimental, to be sure, but they can be frustrating.

The Mascot structure, when used as a hedge, would smooth out those binary outcomes. In particular, with investors increasingly fretting about a turn for the worse in the credit cycle, the interest-only portions could serve as a useful counterbalance to CLOs, in what Tempkin called “disaster protection”:

An interest-only portion of a CLO grows more valuable to investors the longer it pays interest, which is linked to how long the CLO remains outstanding. That’s what makes it a good hedge when times are getting worse for corporate borrowers: When credit spreads widen, CLOs are less likely to be refinanced, lifting the value of the interest-only portion.

Credit Suisse’s pitch of the interest-only portions as a hedge naturally raises the question: What about the mainly principal part? After all, it would stand to lose at a more precipitous pace than typical CLOs when credit spreads widen (just as it would appreciate faster if they tighten). Investors apparently are allowed to exchange the original bond for any combination of the stripped portions they want, and in any combination.

Given that regulators are pretty much in the dark about the leveraged-loan market as it is, the prospect of adding another layer on top of CLOs might not be the most welcome news. About 85% of the loans are held by non-banks, but, as the Mascot structure makes clear, banks like Credit Suisse still play a large role. As Bloomberg News’s Sally Bakewell and Thomas Beardsworth pointed out in an article this week, “not only do they underwrite the loans, they also sell the loans to the CLOs that the debt is bundled into, invest in the securities and then hedge those risks in the market.”

For now, the insatiable demand for leveraged loans and CLOs appears to be cooling, given that the Federal Reserve is no longer raising interest rates and in fact appears closer than ever to cutting them for the first time in more than a decade. That’s actually realigning incentives in the market: Bloomberg News’s Cecile Gutscher and Charles Williams reported last month that CLO managers are taking on more risk themselves — through larger first-loss equity pieces — to do their deals, which in effect is bringing back the skin-in-the-game rules that were abolished last year.

As for the CLO splitting, whether it catches on more broadly is anyone’s guess. Tempkin reported that the structure was recently used on deals from Rothschild & Co.’s Five Arrows unit and LibreMax Capital’s Trimaran Advisors. If it’s anything like the $15.9 trillion Treasury market, it’ll remain relatively niche. There were about $303 billion U.S. Treasury Strips outstanding as of May 31. Just as the Strips market isn’t all that liquid, some investors wonder whether the same will be true of the divided CLOs.

At the very least, it’s an interesting quirk in the leveraged lending market. Hedge CLOs with parts of other CLOs — it sounds bizarre, but it just might work. 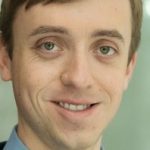