FINRA Rule 2010: A Short Rule With a Long Reach

Don’t be deceived by FINRA Rule 2010’s small size: It packs a broad punch. Only 22 words long, the rule reads in full: “A member, in the conduct of its business, shall observe high standards of commercial honor and just and equitable principles of trade.”

Flowery phrases like “commercial honor” and “just and equitable principles” offer little insight into the specific types of conduct that can run afoul of the rule, but from the perspective of the Financial Industry Regulatory Authority, this lack of specificity is a feature, not a bug. The rule is a catch-all that provides flexibility to penalize conduct that is not expressly prohibited elsewhere either in FINRA’s rules or the securities laws.

The touchstone of Rule 2010 is its focus on conduct that calls into question an individual’s ability to comply with the regulatory requirements of the securities industry. There is a know-it-when-you-see-it aspect to many cases, but FINRA’s disciplinary decisions have added gloss to the rule that makes clear it reaches both “bad faith” and “unethical” conduct.

So what qualifies as bad faith or unethical conduct? These terms of art are not much clearer than the text of Rule 2010 itself, but there are a handful of guideposts that shed light on the contours of the rule.

An obvious rule of thumb is that dishonest conduct is prohibited. This should not be a surprise; actions taken with an intent to deceive fall comfortably within a consensus understanding of bad faith, a phrase that has been interpreted to mean “dishonesty of belief or purpose.” Examples of bad-faith conduct that FINRA has punished under this rule range from stealing customer funds to submitting false expense reports to cheating on licensing exams.

But the rule prohibits more than just traditionally dishonest conduct. Disciplinary decisions repeatedly emphasize that FINRA is not required to prove that an individual acted with a bad motive or intent to deceive. And, in line with FINRA’s focus on regulatory compliance, it has long been the rule that a violation of any FINRA or SEC rule is also considered a violation of Rule 2010, regardless of whether the underlying violation had an intent component.

FINRA Elects Three Governors to its Board

In keeping with this broader definition, FINRA has used Rule 2010 to discipline representatives for misconduct that puts customers at risk without requiring a finding of ill intent. In one case, for example, the president of a broker-dealer was sanctioned under Rule 2010 for his firm’s violation of the SEC’s net capital rule, which requires broker-dealers to keep a certain level of liquid assets on hand at all times.  The president argued that he did not intend for his firm to violate the net capital rule, but both FINRA and the SEC, which affirmed the sanction, held that whether the president intended to violate the rule was irrelevant. He was responsible for the rule violation because he was aware of his firm’s net capital insufficiency and permitted the firm to engage in securities transactions anyway.

In a similar vein, supervisory failures can also be the basis of a Rule 2010 violation even in cases where there is no suggestion that the supervisor acted in bad faith or with fraudulent intent. In a case from last year, a firm’s chief compliance officer was sanctioned under Rule 2010 for failing to ensure that his firm’s emails and instant messages were reviewed on a daily basis, as required by the firm’s written supervisory procedures.

Broad as it is, Rule 2010 is not limitless. In one recent case, a bank employee was accused of violating the rule when he twice allowed a business customer with an insufficient balance to cash checks against its account after the customer promised that additional funds would be deposited to the account shortly later. In reliance on those promises, the employee applied “credit memos” to the account, which permitted the customer immediate access to the cash.  On the second occasion, the bank suffered a loss when the promised funds never arrived.

FINRA argued that the employee acted unethically in applying the credit memos to let the customer cash the checks, but the hearing panel rejected this theory. Among other things, it found that there was no clear proof that the bank’s internal policies prohibited applying credit memos in these situations or that doing so was contrary to common industry practices.

Rule 2010 is also limited, at least in theory, by the requirement that the alleged misconduct be “business-related.” The misconduct does not have to involve securities or the securities industry to fall within the rule, though, and defense arguments on this point almost never succeed, both because the requirement is interpreted broadly and because FINRA naturally focuses its enforcement efforts on misconduct that affects the industry.

These guideposts help us understand the scope of Rule 2010, but the clear takeaway is that the rule is a flexible and powerful tool that FINRA turns to often to police industry misconduct. 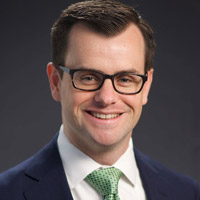 John Curley is a partner at Hoguet Newman Regal & Kenney, LLP in New York. He focuses his practice on complex business and securities litigation, as well as securities-related regulatory investigations and proceedings. He can be reached at [email protected].

FINRA Elects Three Governors to its Board