With the number of crowdfunding Internet domains jumping from 900 to 8,800 since the beginning of the year, NASAA sees big potential for abuse.

Crowdfunding’s presence on the Internet has exploded in recent months, and the North American Securities Administrators Association (NASAA) sees a big potential for abuse.

Nearly 8,800 domain names are now using the term “crowdfunding,” up from less than 900 at the beginning of the year, according to a task force of state and provincial securities regulators. The data, released by the North American Securities Administrators Association (NASAA) on Wednesday, is in anticipation of rules by the Securities and Exchange Commission (SEC) and the Financial Industry Regulatory Authority (FINRA) to allow small businesses and entrepreneurs to raise investments online.

“Investors soon can expect to be inundated with crowdfunding pitches, legitimate or otherwise,” Heath Abshure, NASAA President and Arkansas Securities Commissioner, said in a statement.

Crowdfunding, which NASAA recently named as one of its top 10 investor threats, is an online money-raising strategy that began as a way for the public to donate small amounts of money, often through social networking websites, to help finance projects or causes. However, through the Jumpstart Our Business Startups (JOBS) Act, small businesses and entrepreneurs will be able to tap into the “crowd” in search of investments to finance their business ventures once the SEC adopts rules to do so. The rules are expected sometime next year.

Indeed, the chief counsel of the SEC’s Division of Corporation Finance, Thomas Kim, said in July that “crowdfunding is not yet legal until the commission appoints rules.” Violations are already occuring, however, as the Enforcement Section of the Massachusetts Securities Division on Aug. 9 brought an action against a Boston-based firm for crowdfunding-related violations.

An analysis of Internet domain names by state and Canadian securities regulators found nearly 8,800 domains with “crowdfunding” in their name as of Nov. 30, 2012, up from less than 900 at the beginning of the year. Of these websites, about 2,000 contained content, more than 3,700 had no content and more than 3,000 appeared to be “parked” and serving as placeholders to reserve a domain name for later use or sale, NASAA says. Of the domains with “crowdfunding” in their name, about 6,800 have appeared since April 2012 when the JOBS Act was signed into law.

“Many of these sites appear to have been formed by large credible organizations while others appear to be created by individuals that may be operating out of their basements,” said Robert Moilanen, Minnesota Securities Director and chair of NASAA’s Internet Fraud Investigations Project Group, in the same statement. “The pure volume suggests that the wave is about to overtake the dam.”

Anticipating an increase in online fraud stemming in part from passage of the JOBS Act, NASAA created a task force on Internet fraud investigations shortly after the enactment of the JOBS Act to monitor crowdfunding and other Internet offerings. The group is currently coordinating multi-jurisdictional efforts to scan various online offering platforms for fraud, and, where authorized, will coordinate investigations into online or crowdfunded capital formation fraud.

In addition, NASAA members are being trained in the use of an innovative online data mining tool developed by the staff of the Enforcement Division of the New Brunswick Securities Commission to help identify potentially fraudulent websites. The task force also is working with NASAA’s Investor Education Section to develop investor and industry awareness programs regarding crowdfunding.

“NASAA is promoting a proactive approach to identify problematic websites, rapidly share information about those websites with appropriate state and provincial securities regulators and engage in a prompt, meaningful and coordinated education and enforcement response,” Abshure said. “Cooperation among NASAA members is a critical component to addressing unregistered crowdfunding sites or registered crowdfunding sites that are engaged in illegal activities nationwide.”

Check out these stories related to crowdfunding on AdvisorOne: 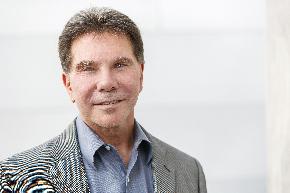