Too Much of a Good Thing?

In mid-July, John Ryan of Ryan Insurance Strategy Consultants in Greenwood Village, Colo., advised clients that extensive changes were coming for Genworth’s long-term care insurance product line and for its underwriting. The changes touched on everything from rate discounts to more exhaustive requirements on family history questions.

The changes were symptomatic of those that have been occurring in the LTCI market, with insurers hit by low lapse rates, low interest rates and high medical costs. Genworth was a victim of its own success, having garnered 70% of the market. It saw the financial strength rating of its life insurance operation dropped to A3 from A2 by Moody’s due to a “weaker credit profile” and concentrated position in LTC.

Genworth is not the only insurer backing away from the market. MetLife and Prudential, also hit with declines in interest rates, have already sounded their own retreats from the long-term care market. Early in the year, MassMutual and Mutual of Omaha significantly increased their prices, UNUM left the group market and Prudential exited the individual market. To a lesser extent, Transamerica followed Genworth’s lead on pricing increases, which will take effect in September. AIG stopped selling LTCI altogether.

We talked with Ryan about where the LTCI market might be going in a climate of low investment returns and high costs. Despite the current difficulties for insurers and clients, with the latter worried about insurability and affordability, he does not see the future as all bleak.

Even though current prices are much higher than they used to be and increases are likely to continue, said Ryan, “hopefully, for some of the blocks of business, the increases are done or nearly done.”

Interest rates should increase “substantially” down the road, he said, bringing with them “more investment income than the insurers expect.” In addition, lapse rates should rise, if only a bit; while that “won’t provide [a] significant cushion,” it also won’t have “adverse persistency.”

However, between now and the end of the year, Ryan sees the lifetime benefit period (BP) disappearing from the market, “perhaps permanently.” He explained: “Lifetime BP has higher reserves, hence more investment rate exposure. Insurers believe that consumers who are more likely to have long claims are more likely to buy lifetime BP. People with lifetime BPs are more likely to claim promptly (others are leery of using up their policy).”

Another factor companies are considering is the example Genworth set of the possible toll on financial ratings should a single company’s market share become too large.

Limited pay, he believes, will also be harder to get, but is more likely than lifetime BP to resurrect when interest rates rise.

Business owners might want to consider getting or offering coverage, since Ryan says that worksite sales are likely to grow. “That market,” he says, “has been growing. […] If you can find six other employees to buy with you, you can get an amazing deal.”

LTC planning will become more versatile, with combinations of products and strategies being used to fund what can be a very pricey need. Such options as stand-alone LTCI, combination products, life insurance, critical illness policies and self-funding can be put together to assemble fairly comprehensive coverage.

Once interest rates return to higher levels, Ryan said new companies may enter the market; three that he knows of are already considering doing so. However, once rates are on the upswing, he added, it will be harder for nonparticipating stand-alone LTCI to compete with participating and combination products and self-insurance. “All of the latter product types are allowed to have mechanisms that can allow them to adjust to a changing investment climate. Nonparticipating stand-alone LTCI is currently stymied in that regard.”

There is always the possibility, he pointed out, that the insurance industry “could abandon” LTCI in the future. Should that happen, however, they would still be liable for the coverage for people who already purchased policies. 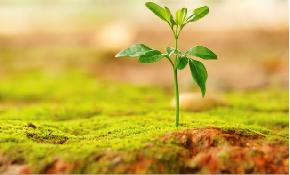 The National Guardian Life LTCI policy is now available in all states but Montana and New York.