NAPFA, FPA, CFP Board and others petition House committees not to weaken investor protection

Concerned that Congress may pass a version of the Investor Protection Act containing a dramatically watered down version of a fiduciary standard for investment advice, a group of organizations representing both financial advisors and their clients has asked the chairs and ranking members of the appropriate committees to reconsider.

In a November 2 letter to the House Financial Services Committee and Capital Markets, Insurance and Government Sponsored Enterprises Subcommittee, representatives of the National Association of Personal Financial Advisors (NAPFA), the Financial Planning Association (FPA), the Certified Financial Planner Board of Standards, the Investment Adviser Association (IAA), the Consumer Federation of America, and Shareowners.org voiced their concerns.

The timing is particularly important, since the House Financial Services Committee plans to finish markup on the Investor Protection Act on the morning of November 4, and then vote on the bill.

Noting that the signatory organizations support a strong, universal fiduciary duty for investment advice, the letter noted “that goal is threatened by changes made to date during consideration of the Investor Protection Act. Unless these shortcomings are fixed before final approval, the legislation could set a standard for advice by brokers that falls well short of the full fiduciary duty under the Investment Advisers Act.”

Specifically, the organizations are concerned “that, in describing standards of conduct, the phrase ‘when providing personalized investment advice’ might be used to argue that ‘hat switching’ by brokers is allowed; that the language requiring rulemaking by the Securities and Exchange Commission, which references personalized advice to retail clients, could be seen to narrow the existing fiduciary duty under the Investment Advisers Act, which does not vary depending on type of client served; and that the language which states that the standards adopted under the legislation should be ‘at least as high’ as those currently applied under the Advisers Act is only included in that portion of the legislation that amends the Advisers Act, which could lead some to conclude that the rules for brokers could meet a lower threshold.”

The letter went on to note that, “There are now so many conditions and specific, potentially limiting, provisos in the amended language that it is unclear whether brokers that provide investment advice are truly fiduciaries subject to the full panoply of accompanying duties. Because we believe you intended to hold brokers that provide investment advice to the same overarching fiduciary principles applicable to investment advisers, we urge you to clearly confirm that this is the case in any Committee report language accompanying the legislation.”

The letter noted that the organizations are particularly troubled by a change to the bill added just before markup which would allow brokers selling only proprietary products or some other limited range of offerings to satisfy their fiduciary obligations by obtaining the customer’s consent. The letter writers fear that could be used to circumvent the requirement that all actions be in the client’s best interest.

They are also worried about a proposed amendment that would allow the SEC to delegate responsibility to FINRA for enforcing compliance among its members and “persons associated with members,” which could extend FINRA’s jurisdiction to between 25% and 30% of all federally registered investment advisory firms. The letter notes that, “in aggregate, these firms manage almost 80% of advisory firms’ total assets under management.” It is also pointed out that, according to the state securities regulators’ group, the North American Securities Administrators Association (NASAA), about 88% of all investment advisor representatives have dual registration. “As a result, the amendment would appear to permit the SEC to designate FINRA as the de facto SRO for the majority of investment adviser representatives, including financial planners who combine advice and implementation services. The SEC could delegate this authority to FINRA with no further involvement of Congress and no prior analysis of the risks and benefits of that approach.” Since the amendment gives FINRA inspection, enforcement, and regulatory authority, it appears, according to the letter, to reward FINRA for its failures in the Madoff and Stanford scandals.

The letter concludes, “Unless these problems are fixed, we fear this legislation would give investors a false sense of security that they are receiving enhanced protections while in fact doing little to raise the standards that apply when brokers give investment advice.”

(The letter in its entirety can be read here.)

In a related matter, Richard Ketchum, FINRA’s chairman and CEO, addressed the issue of fiduciary duty in a speech to the Securities Industry and Financial Markets Association’s annual meeting a few days earlier on October 27. (More on the speech can be found here.)

An Aite study found there was a revenue opportunity of $3 billion to $4 billion for subscription-based services. 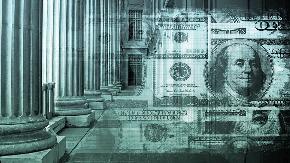 Edward Jones to Add a Bank for Its Advisors’ Clients

The broker-dealer's parent company has submitted an application to establish Edward Jones Bank.