If you and your clients have a New Year's resolution to be better and smarter investors, then you may want to check out Forbes columnist...

If you and your clients have a New Year’s resolution to be better and smarter investors, then you may want to check out Forbes columnist Ken Fisher’s latest book, The Only Three Questions That Count: Investing by Knowing What Others Don’t.

Much of Fisher’s success is due to his career-long practice of challenging the conventional wisdom of investing. He notes that the authority he challenges most of all is his own — because challenging yourself, Fisher writes, is the key to success. Unlike many investors who consider investing an art, Fisher believes it’s more a science. “You don’t need to be right all the time — just more often than you’re wrong,” writes Fisher. “To do that, start thinking like a scientist.”

The author notes that he’s learned three major lessons in his three decades in the industry: “1) Much of what is widely believed about investing is mere myth; 2) Investors don’t seek out what others don’t know because they assume it can’t be done. How can you fathom the unfathomable? [Investors] are missing bet-able patterns because they don’t know that they can look for them or how to do so; and 3) Our brains weren’t set up to do this stuff.”

Fisher writes that our caveman ancestors were wired to deal with survival problems, not capital markets. “By understanding how evolutionary psychology and behavioral finance overlap and by using scientific inquiry, we can turn our brains from our worst investing enemy into our friend.” Fisher quotes Homer Simpson approvingly: “Brain, I know you and I have never been friends….”

Fisher’s three questions, and his explanations as to their importance, are:

1. What do you believe that is actually wrong? (If most people believe X causes Y, but you can prove X doesn’t cause Y, you can bet against Y happening while everyone else bets it will happen. By doing this you have debunked a myth and made one fewer mistake — and you can successfully bet against the crowd.

2. What can you fathom that others find unfathomable? (Fisher writes that what made Edison and Einstein so successful was that they could figure out how to think about the unthinkable. If no one knows what causes Q, and you can prove Z causes Q, then, when you see Z happen, you can bet on Q.)

3. What is your brain doing to blindside you now? (Learn how your brain hurts you — then you can re-train it.)

A common myth Fisher challenges involves value investing, i.e. the belief that stocks do better when P/E multiples are low and perform worse when P/E multiples are high. “Whenever you run into anything ‘everyone knows,’ it’s always time to apply Question 1: Do high P/E markets really have lower returns than low P/E markets?” Fisher demonstrates that P/E ratios tell you nothing about market returns. Essentially, he input market P/E ratios and subsequent returns into an Excel file, and calculated a correlation coefficient. The end result is that only 3 percent of stock price movement can be explained by P/E ratio. “That’s a myth you want to bet against.”

A second myth Fisher debunks is that debt is bad. According to Fisher’s number crunching, big federal budget deficits are actually good for stocks. He mapped the federal budget balance since 1947 as a percentage of annual GDP, noting the surplus peaks and deficit troughs. Comparing the 12-month returns after budget surpluses with the returns after deficits, he found that “buying after budget surpluses would have rendered materially below-average returns. Knowing this would have helped you time the 2000 market peak and the 2003 bottom,” writes Fisher.

The Only Three Questions That Count prompts readers to think outside the box and challenge industry norms. By doing so, investors can approach the market better and smarter.

Mary Scott is the co-author of Companies with a Conscience and can be reached at maryscott303@comcast.net.

Simon also talks about IAA's push to restore and expand the deductibility of fees on financial planning advice. 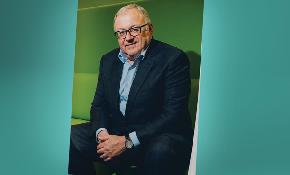