While the Securities and Exchange Commission has taken a more active role in policing initial coin offerings over the last year, many in the ICO space have hoped courts would limit the reach of the federal securities laws.

However, courts have repeatedly dashed such hopes. On Jan. 24, a federal appellate court poured further cold water over the idea that someone in the U.S. selling securities to investors outside the U.S. might evade the SEC’s reach.

And, perhaps more importantly, if most of the buyers of a security are located outside the U.S., do federal securities laws apply?

The SEC sued Monsoon in 2016, alleging fraud in connection with the Utah company’s business, described as “a combination of an Internet traffic exchange, where users browse each others’ websites, and a pay-per-click program, where users are paid to click on others’ website banner ads.”

Monsoon argued that because 90% of investments were made to by individuals outside of the U.S. and the investments occurred over the internet, the federal securities laws did not apply and the SEC could not pursue the case.

In 2017, the federal trial court in Utah decided in the SEC’s favor and against Monsoon, but Monsoon immediately appealed that decision.

Astute observers immediately recognized how the Monsoon case and the trial court’s decision could be applied to ICOs — and critics identified weaknesses and shortcomings in the court’s legal reasoning. Indeed, while the Monsoon appeal was pending, the case was cited in other ICO-related cases such as the private litigation involving Tezos.

In denying a motion to dismiss the Tezos action in October, relying in part on the trial court’s decision in Monsoon, the Court asked, “Where does [the sale of] an unregistered security, purchased on the internet, and recorded ‘on the blockchain,’ actually take place?”

The Tezos court’s answer? In the U.S. The plaintiff investor in the Tezos case participated in the transaction by using an interactive website that was hosted on a server in Arizona and run in California, and his contribution of Ethereum to the ICO became irrevocable only after it was validated by a network of global “nodes” clustered more densely in the U.S. than any other country.

Then, on Jan. 24, the Monsoon appellate court reached a similar conclusion. The appellate court confirmed the trial court’s ruling and found in the SEC’s favor, recognizing the broad geographical reach of the federal securities laws in the context of securities sold over the internet to foreign investors.

Specifically, the court found that the SEC may bring fraud charges against someone selling securities to investors outside the U.S. when the investment was conceived, created and promoted over the internet from inside the U.S. and the servers housing the company’s website were also in the U.S.

The impact of the Monsoon appellate decision on ICOs remains to be seen. Some ICO issuers might choose to challenge the basis of the ruling or find ways to distinguish the facts in Monsoon from their own circumstances. Other ICO issuers may just decide to move offshore.

— Check out Does Any Token Exist That Is Not a Security? on ThinkAdvisor. 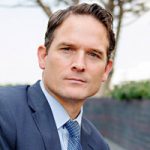 Nicolas Morgan is a partner at the global defense firm Paul Hastings. He focuses his practice on complex securities litigation in state and federal courts and representations involving government investigations and white-collar crime allegations levied against individuals and businesses. He routinely represents securities issuers, company officers and directors, investment funds, analysts and brokers in connection with SEC and FINRA investigations, litigation and arbitration.

He also counsels public companies, funds and broker-dealers on securities compliance and corporate governance, conducts internal investigations and assists in regulatory examinations initiated by the SEC’s Division of Corporate Finance and Office of Compliance Inspections and Examinations.