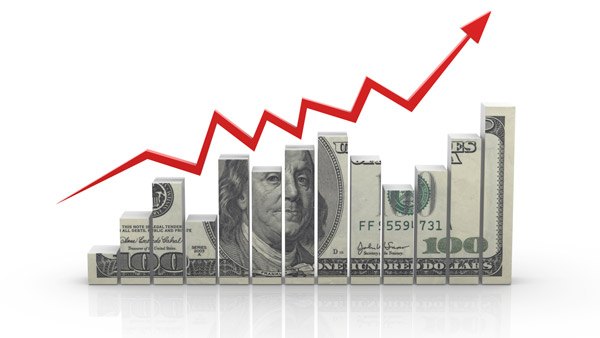 Investors stormed into Treasury bond funds in 2018, as they tried to balance the need for yield with the desire for safety in an increasingly risky world.

A record $53 billion has poured into exchange-traded funds tracking government debt this year. The clear winners are funds stuffed with ultra-short-term credit, which had taken in over $32 billion through Dec. 24, more than tripling the previous peak from five years ago.

“This is an environment where you want to be on the front end, stay liquid, high quality, and know what you own,” Heather Brownlie, U.S. head of fixed income for BlackRock Inc.’s iShares business, said at a Bloomberg ETF conference earlier this month. “Clearly the market is voting with its feet here, which is: Treasuries and cash are finally a really viable option, you can get 2.5 percent for half a year duration or less.”

(Related: How to Play the Bond Market as the Yield Curve Flattens)

Even as the Federal Reserve signals a slower rate-hike path, Chairman Jerome Powell recently disappointed investors who were hoping for even more dovishness. Still, further rate hikes are likely to come in 2019 and investors are expected to remain eager to park cash, said Mohit Bajaj, director of ETFs at WallachBeth Capital. With these short-term products, traders can get a guaranteed yield instead of taking on the risk of getting whipsawed by market volatility, he said.

The popularity of short-term ETFs has also given a massive boost to flows into actively-managed bond funds this year. The group has taken in more than $20 billion through Dec. 24, about twice last year’s cash infusion and more than three times the flows from the year prior.

Two of the top 10 fixed-income funds this year in terms of flows are actively managed with very short-term portfolios. The $5 billion JPMorgan Ultra-Short Income ETF, ticker JPST, has taken in close to $4.9 billion in 2018, which is about 98 percent of its total assets. And investors added $4.2 billion to the $12 billion PIMCO Enhanced Short Maturity Active Exchange-Traded Fund, ticker MINT, which is the world’s largest actively managed ETF and targets investment-grade securities with an average duration under one year.

With the market expected to be riddled with volatility and growth concerns in 2019, there will be increased demand for active funds that have the flexibility to fine-tune credit exposure, Jerome Schneider, head of short-term bond portfolios at Pimco, said at the Bloomberg conference.

Still, the jury’s out on whether the majority of active bond strategies will continue to outperform index funds. For most of the year, MINT was losing out to the largest funds tracking floating rate notes and senior loans, which had been two of the best-performing fixed-income categories in 2018.

Expectations for slower interest rate increases has added pressure to the 10-year Treasury yield, pushing holders out of funds like the iShares Floating Rate Bond ETF, or FLOT. Investors have yanked more than $853 million from FLOT in December, putting it on pace for a record month of outflows and the first pullback since October 2016.

The bloodbath for senior loan ETFs has been even worse, despite outperforming virtually every other bond category for much of the year. Senior loan funds might get the spotlight this coming year by stepping in as substitutes for high-yield exposure, said Matthew Bartolini, head of SPDR Americas research at State Street Global Advisors. Senior loans have a higher position than junk bonds in a company’s capital structure and therefore can help mitigate some of the downside risk as cracks deepen in the credit market, he said.

“For credit investors who feel like moving up in quality while still maintaining a high coupon, it would be within senior loans,” Bartolini said.

Looking outside of the U.S., the Fed’s rate path looks particularly good for at least one category: emerging markets. Despite big declines in performance in 2018, cash has continued to flow into local currency emerging-market debt funds. Investors have added close to $630 million to the VanEck Vectors J.P. Morgan EM Local Currency Bond ETF, or EMLC, this year, which has slumped around 13 percent in the past 12 months.

Rising rates and a weakening U.S. dollar should hurt dollar-denominated credit, leading to a preference for local currency bonds, which may emerge as shining stars under this scenario, WallachBeth’s Bajaj said. After all, a wager abroad might be safer than a bet at home.

“There is a lot of uncertainty,” Bajaj said. “Investors who are willing to park cash in these products get a guaranteed yield instead of risking getting whipsawed again.”