Both regulators are expected to finalize rules for conduct standards by September 2019.

News about the Securities and Exchange Commission’s advice standards package as well as the now-defunct Labor Department fiduciary rule (another one is on its way) has been unfolding at a swift pace since last month.

After we nearly collided on our way into a Georgetown University event in early November, SEC Chairman Jay Clayton told me that while the commission doesn’t have a “definitive timeline” on when the agency’s advice package will be finalized, the securities regulator is “aiming to get them done by September, if not sooner. We’re working on it virtually continuously.”

As noted in the SEC’s regulatory agenda, which Clayton told me “is a statutory requirement” in which the agency lays out its plans for the next year, the advice package is segmented into two areas, “the short-term and the long-term, and Regulation Best Interest and related matters are on the short-term agenda.”

Will there be changes to Reg BI and the Customer Relationship Summary (CRS) form?

Yes, Clayton said. “We’re looking at all the comment letters,” he told me. “This is where the [Administrative Procedure Act] has really worked. We’ve gotten a lot of good comments.”

In its fall regulatory agenda, the Labor Department also stated that it is planning to unveil a revised final fiduciary rule package next September to replace the one vacated this spring by the U.S. Court of Appeals for the 5th Circuit.

“The department is considering regulatory options in light of the 5th Circuit opinion,” the DOL reg agenda states.

Steve Saxon, principal at Groom Law Group in Washington, said that with Labor and the SEC “working on investor protection rules (and with both agencies targeting the same deadline), this hints that the two agencies may be working together to develop coordinated rules to protect American savers.”

Soon after my chat with Clayton, the SEC released the results of its investor testing on the agency’s proposed Form CRS.

In particular, the 122-page report explains, the RAND team “designed and fielded the Relationship Summary Survey through RAND’s nationally representative American Life Panel to collect information on the opinions, preferences, attitudes and level of self-assessed comprehension of the U.S. adult population with regard to a sample Relationship Summary.”

The SEC sampled the 1,816 panel members who previously completed the survey on the Retail Market for Investment Advice, which was released in mid-October.

The investor report found, for instance, that more than half of respondents believe the Relationship Summary is “too long,” with almost all of the remainder reporting that the length is “about right.”

Barbara Roper, director of investor protection for the Consumer Federation of America, told me the day the survey was released that after a quick review of the report she believes it’s “a very positive step that the commission engaged in the sort of qualitative testing we’ve been advocating.”

However, she continued, “I hope the commission won’t take away the wrong lesson from its findings. Investors who tell interviewers that the difficulty level is ‘just right’ apparently can’t describe the important distinctions they are meant to take away from the disclosures.”

For example, “apparently 45% said they found the difficult level of the ‘Types of Relationships and Services’ section ‘just right,’ but there’s no indication from the report that they were able to draw a clear distinction between the types of services offered in a brokerage account and the types of services offered in an advisory account,” she said. “That’s the key point they need to understand to make an informed choice.”

Roper’s quick take: “This testing confirms what we and others had previously concluded — that there’s still a lot of work to be done before the Form CRS can fulfill its intended purpose of enabling investors to make an informed choice among different types of accounts and services.”

The SEC’s Investor Advisory Committee recommended a host of changes to Reg BI and other aspects of the multi-pronged advice package the same day the survey on Form CRS was issued.

Roper, a member of the SEC committee, stated on a call with reporters that the recommendation “recognizes that Reg BI is intended to raise the standard of conduct” for brokers, and that the “recommendation is intended to build on and strengthen” Reg BI, “not send the commission down a different path.”

The committee recommended that the controversial Reg BI should be clarified to state that the best interest is, and should be characterized explicitly as, a fiduciary duty, while making clear that the specific obligations that flow from that duty will vary based on differences in business models.

Other modifications the committee put forth were:

Clayton said that he appreciated the “granularity” of the committee’s recommendations and looked forward to discussing them with SEC staff.

Meanwhile, industry officials anticipate Clayton to be taken to task over the advice standards package once Rep. Maxine Waters, D-Calif., is likely installed as the new chairwoman of the House Financial Services Committee — now that the Democrats retook the House in the midterm elections.

While not officially installed in that seat yet, Waters is seen as a shoo-in.

Assuming the SEC adopts Regulation Best Interest, Waters could call in Clayton “to explain how it serves the best interest of clients, and also have a top-heavy list of consumer organization witnesses to make their point that they dislike it,” Duane Thompson, senior policy analyst at Fi360, a fiduciary education, training and technology company, told me recently.

Waters, who’d be replacing Rep. Jeb Hensarling, R-Texas, was one of 35 House and Senate Democrats who signed a letter to Clayton “complaining that the SEC did not follow the Dodd-Frank mandate to establish a uniform fiduciary standard for both advisors and brokers,” Thompson notes.

Waters laid out her priorities if elected chair in a mid-November letter to her House colleagues, seeking their support. Among the matters of utmost importance under her watch, she cited consumer and investor protection, cracking down on “bad actors” like Wells Fargo, supporting fintech and continuing to fight for the Consumer Financial Protection Bureau.

Over the past decade, Advisor Services Network COO Cindy Halpern has grown the business and her own skillset. 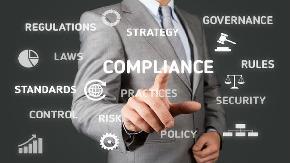 Business continuity planning related to COVID-19 has replaced cybersecurity as the top worry for compliance officers.