If Volatile Markets Persist, Pension Funds May Flee to Bonds

If markets continue to be volatile post S&P's downgrade of U.S. debt to Double-A+, pension funds will attempt to minimize their losses and buy bonds, says Brett Goldstein, president of The Pension Department.

If markets continue to be volatile after Standard & Poor’s downgrade of U.S. debt to Double-A+, pension funds will attempt to “minimize their losses and buy bonds,” says Brett Goldstein, president of The Pension Department in Plainview, N.Y.

On news of the S&P downgrade, there was a lot of speculation that public and private pension plans would be forced to sell their U.S. bonds because they were no longer Triple-A-rated, sparking a sell-off in the market, Goldstein says. However, this sell-off didn’t occur, Goldstein explains, because most pension funds have an investment policy statement (IPS) which allows for the new Double-A+ rating on U.S. bonds.

Goldstein adds that the Employee Retirement Income Security Act (ERISA) “does not require that public and private pension plans hold U.S. bonds or Triple-A rated bonds, although many do.” If the stock market continues to respond negatively to the downgrade, he says, “public and private pension plans may have to buy U.S. bonds to avoid losing money and causing underfunding.”

The investment policy statement defines what types of investments a pension plan can and can’t invest in. When it comes to bonds, the IPS gives a minimum credit rating, Goldstein explains. Some larger pension plans, like Calpers, “can afford to take more risk” when investing in bonds, however, the smaller pension funds “may have to sell or revise” what they can invest in. 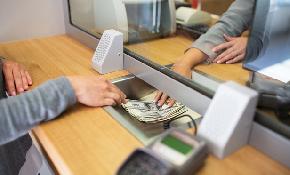