NU Online News Service, Dec. 10, 1:15 p.m. – Fund managers are adjusting their portfolios in advance of an anticipated economic recovery next year, according to Rosanne Pane, a mutual fund strategist at Standard and Poor’s, New York.

Pane also believes that growth will continue to outperform value in 2002, based on new data that indicates a solid rise in equity funds in November.

S&P’s Fund Advisor reports that for the month of November, domestic equity funds returned an average of 7.59%, with growth funds outperforming both value and blend.

Among the nine domestic style categories, large-cap growth funds performed the best, returning 8.75% for the month.

“If you look back at the 1990 recession, one of the key indicators that suggested we were emerging out of the recession was that growth funds were outperforming value and blend,” notes Pane. “This is what the market is witnessing right now. Historically, most of the action in the market tends to come in the six months before the official end of a recession. Investors begin to anticipate the start of the recovery, become more optimistic about future earnings announcements and start shifting assets into equities.”

This pattern of activity was seen in the six months prior to March 1991. From September 1990 to March 1991, small cap growth funds enjoyed the best results, with an average return of 38.72%. The worst domestic equity category (large cap blend) had a return of 23.53%. The returns, anticipating a recovery, tend to overshadow the results during the six months after the start of the recovery (small cap growth had 9.92% return, the best results domestically).

According to Pane, most fund managers are now focusing their attention on technology-driven stocks. Technology investments are focusing on semiconductor stocks. Semiconductors are strong early cyclical plays that are likely to benefit when the U.S. and global economies recover, Pane says. 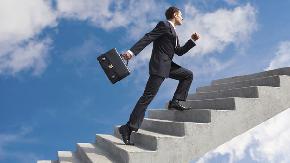 Brod, who replaces Susan John, takes the helm as CFPs are grappling with revised standards of conduct.