by Stephanie A. Kennan

However, if you look closely there are a few sign posts to watch for Medicare expansion and drug negotiations.

What we know at this writing, is that the policy fight between moderate and progressive Democrats will mean that bold, expansive action on these two elements, is not likely.

In addition, Democrats expected to pay for Medicaid and Medicare expansions, and extend the premium subsidies that assist middle-income individuals and families purchase insurance, with savings from drug negotiations.

So how the drug negotiation provisions end up, could shape the three other health care initiatives.

Allowing the government to negotiate for drug prices has had a 20-year tortured history.

It became a battle cry after the passage of the drug benefit. Sen. Ron Wyden, D-Ore., was instrumental in the design and passage of the legislation that created the Medicare Part D prescription drug plan program.

Wyden also was one of the first members of Congress to introduce a bill to allow the government to negotiate for Medicare patients, shortly after the drug benefit legislation was passed.

Now chairman of the Senate Finance Committee, the committee with jurisdiction over the issue in the Senate, Wyden would be aware of three facts:

Wyden has pointed out that often when there is a congressional change in a program the private sector finds a way to benefit without specific statutory authority to allow them to do so.

Under that logic, if Medicare were provided with some negotiating authority, the assumption would be that the private sector could find a way to benefit from those rates for their plans.

One Democratic senator reportedly does not appear to support drug negotiations, currently. That is Kristen Sinema, D-Ariz. For Democrats, finding a way for her to support something in this area will be crucial.

In the House, the Ways and Means Committee included the sweeping reforms of H.R. 3 in its budget reconciliation package.

The House Energy and Commerce Committee, which also has jurisdiction did not, because of three members on the committee who opposed the broader authority. Those members, however, do support drug negotiations, just in a more limited fashion. Two of those members introduced legislation to allow Medicare to negotiate for Part B drugs for which the exclusivity period has expired and in cases in which there is no competition.

While lowering drug prices is popular with the public, it is unlikely that broad sweeping authority to negotiate for Medicare and private sector will pass. It is more likely that such a provision will be limited.

Then we will spend the next couple of decades trying to decide if the limited provision worked or harmed innovation.

Limited authority means more limited savings and that will have a ripple effect on what else can be included in the reconciliation package, because so much of the health provisions were reliant on the savings from drug negotiations.

With Democrats split between wanting a Medicare benefit expansion and filling the gap for 4.4 million Americans in the 12 states that have yet to expand Medicaid, both options are dependent on the savings from drug negotiations and other pricing reforms to pay for these initiatives.

Some argue that many seniors already can receive hearing, vision and dental benefits from Medicare Advantage plans or through Medicaid if they are eligible. The way in which the House constructed the expansion, there would be an immediate vision benefit, hearing added in 2023 and dental in 2023.

The states that have not expanded Medicaid are largely in the South and are not states that have elected Democrats in the past. The exception is Georgia, which sent two Democratic senators important to holding the majority.

How will this impasse be solved? It is clear with a slimmed down drug negotiations provision, there will not be the funds to do both plus an extension of the premium subsidies for middle-income individuals.

There may be an effort to make a “down payment” toward a Medicare benefit expansion which is popular in polls while trying to do something to address the Medicaid gap. It will all depend on the amount of savings Congress can achieve. 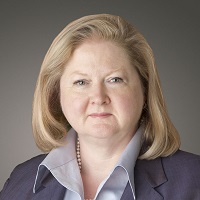 Stephanie A. Kennan is senior vice president, federal public affairs, at McGuireWoods Consulting. She has worked as a congressional staffer. She represents clients on matters before the Centers for Medicare and Medicaid Services and other agencies at the U.S. Department of Health and Human Services. Highmark CEO to Chair AHIP Board