America is in the midst of a birth rate crisis. From 1952 through today, American birth rates have been on a long-term steady decline — having now reached their lowest levels in nearly half a century.

Many factors are contributing to this trend: people choosing to have children later in life; declining sperm counts as a result of environmental toxins; the growing wealth gap; recent shifts in how we work due to the pandemic; and financial stress.

Whatever the reasons, declining birth rates are a realty we must accept. And if the trend continues, it will only take a few decades before a small number of young people are economically supporting a vastly larger aging population. This will bring ruin to our nation’s economy and entitlement programs, and will either force immense technological innovation — or the bankruptcy of our country.

While the government has little control over the cultural factors affecting declining U.S. birth rates, there is one key thing government can do to perhaps stem the tide: force insurers to cover fertility care — much like the Mental Health Parity and Addiction Equity Act mandated coverage for mental illnesses.

Access to care is presently artificially constrained by several factors: first, that many insurers don’t cover the costs of care, and, second, that a small group of private equity firms have consolidated the market for fertility clinics and are engaging in indisputable price gouging.

On the price gouging front, my company Mate Fertility is working diligently to triple the number of clinics in the United States — expanding supply while undercutting competitors’ pricing by roughly 40%. We’ve created unique care delivery models that enable us to offer best-in-class care for a fraction of traditional costs — while deploying clinics in underserved areas that are inviting, modern, and more akin to a Drybar than a medical office. The private sector is more than capable of solving the issue of cost-reduction. But on the insurance coverage front, it will take work from states and the federal government to bring real change.

Regulators: Hold On to Digital Communications!

Coverage mandates, and even subsidies to insurers, are a small price to pay for the long-term economic viability of the United States. And that is not hyperbole. Our economic future is at stake if we don’t start making (or importing) more babies.

Coverage mandates have thus far only been possible on a state level, and the majority of states have no such mandates in place. That means that when people need assistance having children, they must either pay an average of $41,000 for care, or abandon their dream of parenthood.

Beyond the economic costs of declining birth rates, lack of access to care is also a matter of morality. If medical care exists that can make parenthood possible, isn’t everybody entitled to it? Isn’t having children intrinsically part of what defines our purpose in life?

Fortunately, states are starting to realize these things, and some are taking action. Colorado for instance just passed a state-wide fertility care mandate. But it was struck down by the federal government because it would interfere with the federal budget. Hence, only a shell of a law remains, and it only guarantees coverage for enrollees in insured employer-based plans from companies with 100-plus employees.

This is an issue of national importance, and given the “avalanche effect” of declining birth rates, our government needs to reverse this trend now if we are to remain a vibrant nation. The time has come for Congress, and the president, to construct and sign into law a fertility care mandate for all health insurance plans in the United States. Such a mandate would broaden access, break the monopoly on care presently held by a few private equity firms, and spur a wave of innovation around cost-saving that would never otherwise occur. 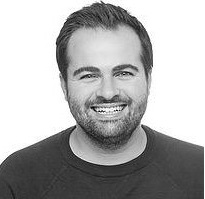