With the next stimulus package expected to be approved in a matter of weeks, the pieces needed to give the economy an added boost are nearly in place. Multiple indicators point to a recovery already underway, and sectors that are still struggling — such as travel, leisure, dining, entertainment and hospitality — are poised to benefit.

More 64 million Americans have now received the COVID-19 vaccine, according to data from the Centers for Disease Control and Prevention. While the rollout has been far from smooth, it’s happening. In the coming months, consumers will re-emerge and resume normal activities such as shopping, traveling and eating out. The U.S. personal savings rate is currently at 20.5%, compared with the historical norm of 5%. This adds up to significant pent-up demand that will translate into spending.

As the country awaits the next round of stimulus checks, there are several macroeconomic factors to consider when allocating portfolios.

Retail sales for January jumped 5.3% year-over-year, which is highly noteworthy, considering the expectation was for a 1.2% rise. Industrial production and capacity utilization rates have beaten expectations over the last three months, and new housing permits are also at a 15-year high, up 22.5% year-over-year.

Another sign that the economy is heading in the right direction is commodities prices, which act as a leading indicator of economic activity. Copper neared a 10-year high in the last few weeks, a strong sign of expectations for global growth, improved profits, increased inflation and upside in the equities market. Other metals are telling us the same thing: Aluminum is up 50% from March lows, and steel is up 173%.

When considering inflation expectations, just look at the bond market. Over the last month, the 10-year bond yield has gone up 36 basis points, a remarkable jump considering yields typically move by one to three basis points at a time. Thirty-six basis points in a month is a big move, indicating that market participants anticipate a rise in inflation.

In late February, Treasury Secretary Janet Yellen spoke about the necessity of the next stimulus package and expressed that she was open to further stimulus down the road. House Speaker Nancy Pelosi has said she would like to get the $1.9 trillion package passed quickly, and while I believe stimulus is necessary and has helped us get through the past year, I am a bit concerned about policymakers’ interest in even more after this $1.9 trillion is passed.

If this comes to pass, our national debt load — and the inevitable tax increases needed to pay for it — would be considerable. I don’t think President Joe Biden will raise taxes too soon, but if he does, it will have a direct impact on growth. His proposed tax increases taken together will mean a 10% hit to S&P earnings, and as stocks follow profits, stock prices will be affected as well.

That said, corporations have become very resilient in the past few years, operating leaner and working to increase productivity, so they should be able to cope with increased taxes. And realistically, tax increases are not likely to happen before 2022.

Structuring Portfolios to Benefit From the Recovery

Over the last couple of weeks, we have seen a rotation into more economically cyclical stocks versus defensive growth. Given the clear signs of recovery, I am seeking exposure to cyclical stocks, as well as to stocks that will benefit from consumer demand. Cyclical and manufacturing companies have built up significant operating leverage, which makes me confident about their overall profitability and stock prices.

Currently, I have my eye on companies specializing in wearables, artificial intelligence, SAS cloud, e-commerce, the Internet of Things and semiconductors, which are a key ingredient in supporting tech infrastructure and growth.

I recommend investors take a barbell approach to their investments with both cyclicals and tech. For much of last year, I was at 50-50 between the two, today it’s shifted to 70-30 cyclicals to tech. Keep an eye on inflation and watch commodity prices so you can adjust your portfolio accordingly as the economy gets back on track, to boost your growth allocations.

Many Americans are still in pain as a result of the economic impact of COVID-19, with more than 10 million unemployed. But the key indicators tell us that the stimulus is working, and we are starting to see light at the end of the tunnel. Last year’s stimulus is now working its way through the economy. With another round coming, I am confident that we will see strong GDP growth and earnings this year. 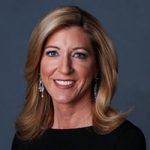