Without additional action from Congress, some Americans who purchased their own health insurance this year after losing employer-sponsored coverage may have to repay hundreds or thousands of dollars to the IRS next spring.

This is due to the way premium tax credit eligibility is determined and the volatile income situations that people found themselves in this year.

Millions of American workers have lost their jobs due to the COVID pandemic, throwing health coverage into jeopardy for many of them. Thankfully, the Affordable Care Act has served as a solid backstop for people who don’t have access to COBRA or state continuation of their group plan — or who cannot afford that option.

As a result of the ACA’s expansion of Medicaid, several million newly uninsured Americans have been able to enroll in Medicaid. And as a result of the ACA’s premium tax credits (subsidies) and guaranteed-issue rules, hundreds of thousands of people have enrolled in affordable self-purchased health coverage to see them through until they have employer-sponsored coverage again.

But some of these people might face an unwelcome surprise next spring when they file their 2020 tax returns: The premium subsidies that are crucial for making coverage affordable during a time of lost income will have to be reconciled on tax returns. And the IRS does that by looking at the household’s total annual income, even if it wasn’t earned steadily throughout the year and even if premium subsidies were only paid on the person’s behalf for a few months. (Note that the ACA has a specific method of determining what counts as income, but for most tax filers it ends up being the same as their adjusted gross income).

Last spring, as part of the CARES Act, Congress created an extra $600/week federal unemployment benefit, and some people were eligible to receive $300/week in federal Lost Wages Assistance after the additional federal unemployment benefit ended. This money was crucial in getting families through what could otherwise have been an impossible financial situation. But it’s also counted as income in terms of determining eligibility for the premium tax credit.

The additional federal benefits were specifically excluded from income for determining eligibility for Medicaid. But no such exclusion was created for the premium tax credit eligibility. If a person needed individual market health coverage for a few months this year and projected a total annual income that didn’t exceed 400% of the poverty level (amounting to a little less than $50,000 for a single person, or $103,000 for a family of four), they likely qualified for an advance premium tax credit (APTC).

The APTC is paid on their behalf directly to their health insurance company, making health coverage much more affordable than it would otherwise be, and helping people avoid being uninsured during the pandemic. But if that person’s total income actually ends up going over 400% of the poverty level, they’ll have to pay back every penny of APTC that was paid on their behalf.

Under current rules, total income would include any money the person earned in 2020 prior to losing their job, any unemployment benefits they received while between jobs (including the extra federal benefits), and any money they may earn for the remainder of this year. Projecting total annual income is tricky even in a normal year, but it may have been next to impossible this year, depending on the person’s circumstances.

Congress Can Fix This

One potential solution would be to exclude the additional federal unemployment benefits and Lost Wages Assistance from being counted as income for determining premium tax credit eligibility, as is the case for Medicaid.

Another potential solution would be to temporarily remove the current income cap on premium tax credit eligibility, or to raise it to perhaps 500% or 600% of the poverty level.

In short, Congress does have options for protecting APTC recipients whose 2020 income ends up being higher than they projected. Many of the people who transitioned to individual market coverage this year were accustomed to employer-sponsored coverage, and may not be fully aware of how the premium tax credit gets reconciled on tax returns.

These are Americans who have already been through a traumatic year of job loss and health coverage transitions. The last thing they need is a nasty surprise when they’re filing taxes last spring, and Congress should take action to ensure that they won’t have to repay the APTC that kept them insured this year. 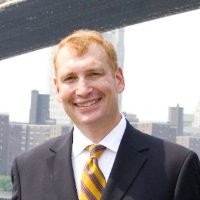 Dave Keller is president of My1HR Inc., a Web broker based in Cuyahoga Falls, Ohio.