How a Divided Government Post-Election Benefits the Stock Market 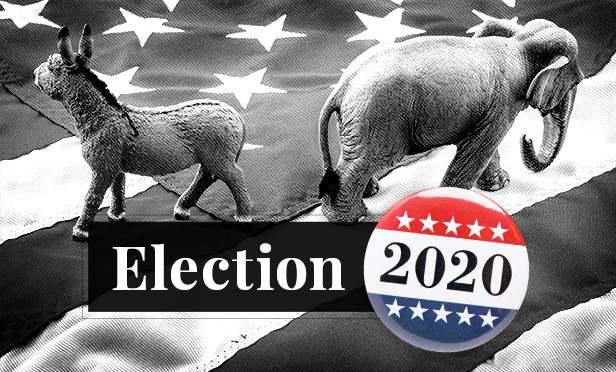 It’s not over yet — still — but the U.S. stock market isn’t waiting, poised to record its strongest rally since April. Although there is still no definitive winner of the presidential election, and control of the Senate is somewhat murky three days post-election, U.S. stocks are on a tear. The S&P 500 gained more than 7% through midday Friday, but the advance slowed on the last trading day of the week.

Related: What’s Next for Stimulus, Markets as Election Remains Undecided

Former Vice President Joe Biden is expected to win the presidency after all the votes are counted — tallies are still outstanding from Pennsylvania, North Carolina, Nevada, Georgia and in some counts, Arizona — and the Senate will likely remain under Republican control.

There is, however, a slight chance of an even split in the Senate if Democrats win runoffs for two races in Georgia — only one runoff is certain — or if they win one runoff in Georgia and the Senate race in North Carolina, which has still not declared a winner, though the Republican incumbent is favored to win.

At this point, financial markets appear to be expecting a Democrat as president and a Senate led by Republicans — the proverbial divided government that many strategists say markets prefer.

Long-term bond yields fell post-election based on expectations for a smaller fiscal relief package, which has led to a rotation into secular growth sectors and out of almost everything else except health care, according to the UBS strategists. The VIX, or Volatility Index, also fell sharply. UBS strategists are constructive on U.S. stocks, based on expectations for a widely available coronavirus vaccine by mid-2021, but caution about near-term volatility until the final results of the 2020 election are in. They note that uncertainty about COVID-19 trends near term and the timing of the next fiscal stimulus could also drive stock prices. They prefer large-cap consumer discretionary, financials, health care and industrials, as well as U.S. mid-caps.

The absence of a blue wave that would have put Democrats in charge of all three branches of the federal government is constructive for certain sectors, according to UBS strategists, including energy due to dimmed prospects for an aggressive green agenda; and tech and communication services because higher corporate tax rates and tougher regulation are less likely.

Real estate will also likely benefit because Congress is less likely to eliminate 1031 exchanges that allow capital gains taxes to be deferred on swaps of one investment property for another, or to substantially change the opportunity zone program.

A divided government is also seen as supportive for health care stocks because drug price policies are likely to be less aggressive and the ability to pass a public option for health insurance is curtailed. ‘“The probability of bipartisan compromise on any health policy legislation is below 50% in our view,” write UBS strategists. They don’t discuss any possible outcomes of the Affordable Care Act pending before the Supreme Court.

Related: Health Care: What if Biden Wins? What if Trump Wins?

UBS strategists are more neutral on their outlook for financials because smaller fiscal stimulus will lower the prospects for higher interest rates, which tend to benefit financials, and a Biden administration could include less industry-friendly leadership on regulations and interpretation of existing laws affecting the financial services industry.