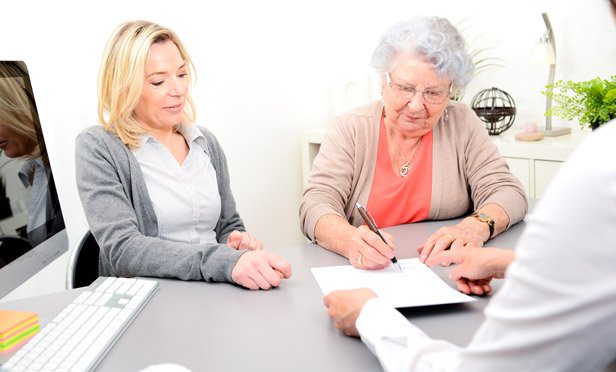 Financially literate seniors are less likely to develop Alzheimer’s dementia than elderly people who are not financially literate, according to a new study released by the Financial Industry Regulatory Authority Investor Education Foundation and researchers from Rush University Medical Center.

“While it is not completely clear why this relationship exists, it could be that confident people are motivated to engage with the world and actively seek to acquire new information,” the report said.

Also, “in the face of distraction and setbacks, confident people are more persistent and tend to exhibit greater effort toward meeting their goals,” it said.

The research “does suggest that education and outreach programs aimed at increasing financial and health literacy are important to preserve cognitive health among older adults,” according to FINRA Foundation president Gerri Walsh. “Targeting soft psychological factors, such as confidence, could benefit cognitive health and well-being,” she added.

The study did not see a similar association between cognitive decline and confidence in general, FINRA said.

The study used data from 974 community-dwelling older persons participating in the Rush Memory and Aging Project. Researchers recruited seniors from retirement communities, subsidized housing facilities and local churches, as well as other social service agencies in the Chicago metropolitan area. Participants were an average 81.2 years old with 15 years of education; about 75% were female.

The Link Between Financial Knowledge and Well-Being

“Lack of financial and health literacy in old age presents a formidable economic and public health problem,” the report said, adding: “Older adults can suffer from unrecoverable financial loss and severe health consequences because of poor literacy and decision-making.”

Additionally, “older adults with lower financial and health literacy are less likely to participate in health promoting activities, are more susceptible to financial fraud and scams and have poorer cognitive and mental health,” it noted.

Some of their findings echoed the findings of an earlier study from the FINRA Investor Education Foundation in collaboration with researchers from Duke University and Rush University Medical Center. That study, Does Overconfidence Increase Financial Risk Taking in Older Age?, found that older U.S. investors may engage in more risky financial behaviors as they continue to age and face diminished financial knowledge.