Should Clients Donate Now or Later?

More than ever before, recent events have caused clients, advisors, nonprofit professionals and the media to contemplate when donors should provide support to charities in need. During this century, and especially since the last recession, the trend has been for donors to give primarily during their lifetimes, though most still want their charitable vehicles to continue after their deaths.

During challenging times and when there is great need in many areas of society, there are various movements or initiatives to force or encourage donors to give more now. Most high-net-worth donors do not need this additional prodding and on their own maintain or even increase their donations.

When there are emergencies or natural disasters, many donors provide support to additional organizations and causes on top of their regular donations to their favorite charities.

But some who may not be aware of the reasons why donors want to give over time are perplexed that those who have the ability to give do not donate a substantial percentage of their charitable assets in the short term, especially when there are such urgent matters to address now.

Unfortunately, there will always be need, and many donors struggle with when to give in order to have the most short- and long-term impact. In order to help advisors help their clients, we are pleased to share some of the perspectives that American Endowment Foundation donors and their advisors have shared with us.

Big Job Cuts in Financial Services May Just Be Getting Started

Some of the reasons why donors want to give now include:

Many donors, especially those with a donor-advised fund (DAF) or private foundation, give now but also want to give over time as well because:

There is no one correct answer for every situation. Most clients want to have an impact both now and later, and consequently want to provide support presently but also plan to continue to give over time. Each year may be different depending upon various laws, the economy, and clients’ income levels as well as their advisors’ recommendations.

Some critics want to force donors with DAFs to give 10% or 20% of the DAF account assets to charities, yet they are unaware that many DAF donors give at least that amount and that they also donate assets from other personal accounts or make qualified charitable distributions from their IRAs directly to charity.

Advisors can be very helpful in helping their clients think through the timetable for giving, investing the charitable assets appropriately so they have enough assets to give during good times and bad, and during the short term as well as in the future.

Though the overall percentage of clients’ assets that they may give away may not be significant when compared with their overall assets, these charitable assets can be among the clients’ most important since they can have a large impact upon society and the charities that are very important to them. 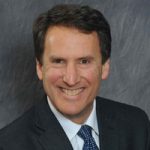 Ken Nopar is the vice president and senior philanthropic advisor for the American Endowment Foundation donor-advised fund. Founded in 1993, AEF is the sixth largest and the leading independent DAF sponsor, working with over 9000 donors and their tax, wealth, and legal advisors in all 50 states.