What You Need to Know About Older Adults’ Mindset

In the world as we’ve known it, growing older has meant entering into a period of reflection. The horizon shortens, the experiences of loss multiply, and salient questions rise to the surface: How are you going to live your life in a way that matters? What will be different about the world because you were in it?

Understanding the mindset of older customers and how it impacts their behavior is vital for life insurance advisors, who will likely support the continuation of legacies that took a lifetime to build.

These findings come from a February 2020 white paper, “Aging is Happier, More Productive, and More Complicated Than We Think,” created by my team in partnership with Dr. Cat Hicks of Tetra Insights. In addition to surveying 1,141 people from ages 18 through 90 about retirement planning, goals, and attitudes about the future, eight in-depth interviews were conducted with individuals of retirement age.

“Everything has to have meaning now,” one of our interviewees, Carol, age 68, told us. Though she admitted that “few of us are now doing what we thought we would be doing when we were 17,” she was hopeful about what the future held.

The point here isn’t to play therapist with your older clients but to keep this insight in mind in your interactions with them. Older adults haven’t given up, nor do they see their remaining years as a loss; they’re productive members of society, and they want to use their time wisely.

2. Many have a focus on community.

Though we hear a lot about social isolation with age, only 9% of older adults surveyed said they had difficulty finding community in day-to-day life. While this data was collected pre-COVID-19, no one should assume that being advanced in age equals an absence of community. In fact, a community was found to be more prevalent (and important) in later years than in earlier ones.

When older adults were asked to rank their top concern — emotional, social, health or financial —  health most consistently won out. It wasn’t only health that had their attention, but also health systems, which were viewed with fear and suspicion. For instance, some adults in their 60s were still working simply for the sake of health insurance; access to solid medical care was perceived as essential. In-depth interviews showed that the 60s are when individuals realize the importance of taking measures to support their physical well-being, because, if they don’t take care of their health now, how can they expect to mobile in the coming decades?

4. Retirement is in question.

Only half of respondents aged 60 plus agreed with the statement “I feel secure and certain about my financial future.” Less than half of respondents in their 60s and 70s felt they had saved enough for retirement, though a majority planned to volunteer or mentor in their area of expertise after retiring. Not everyone had plans for retirement, though. In fact, in-depth interviews revealed that retirement is an experience of one. For instance, one man, George, 65, found himself without a job and became an entrepreneur by necessity. One woman interviewed, Cindi, age 62, found her dream job at 60.

Insights like this can be used as a tool for connection or simply a way to go about your work with greater wisdom and clarity. Either way, they should be good for business. 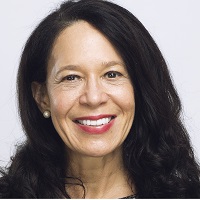 Jeannette McClennan, the president and co-founder of McClennan Masson, a firm that builds human-centered digital products.