The market for cancer-only and comprehensive critical illness insurance offers enormous opportunity for growth if insurers adopt some sound practices and avoid some of the missteps that impacted other insurance lines.

According to the latest data gathered by my organization, the American Association for Critical Illness insurance (AACI), about 6 million Americans have some form of critical illness insurance protection. Most purchased coverage through the worksite with some 1.5 million new certificates or individual policies sold last year.

Success, I believe, lies with a combination of three elements: price, access and tying the messaging into real need as opposed to fear.

Let’s start with messaging. Much of the marketing for critical illness insurance in the United States solely focuses on the risks, which are real. These are tied strictly to the inability to pay health care costs such as deductibles and uncovered expenses. Outside of the United States, however, in countries where critical illness insurance penetration is far greater, much of the messaging ties the real risk directly to the inability to make mortgage payments following the diagnosis of a covered illness.

The association has just re-launched our website and will shortly begin an ongoing consumer awareness campaign. A key part of our messaging will be encouraging consumers to consider sufficient critical illness insurance benefits to cover one year, or at most two years, of mortgage payments.

Price is always a critical component in the buying decision. The current market and the risk of another imminent recession make price even more critical. Indeed, studies show that the average premium paid for new critical illness insurance bought through the worksite is roughly $25 per year. Part of the reason sales in the individual marketplace have never approached worksite sales levels is attempts by well-meaning insurance agents to sell larger policies with associated higher premiums. For the most part, those efforts have met with disappointing results.

Finally, access, I believe, will be critical in the years ahead. In an age where consumers can buy everything online, a simple-to-understand product like cancer insurance or critical illness insurance is an ideal product for the direct-to-consumer marketplace. It’s not a matter of who steps up to implement such efforts, it’s merely a question of how many will and who will be the first and who will be the last.

A recent analysis of international critical illness insurance sales projected the critical illness insurance market would grow by about 16% between now and 2024. I believe that number falls on the conservative side and that the number of U.S. policyholders could well reach 10 million by 2025. It’s the right solution for two generations that have the need. All they need is the knowledge and the access. 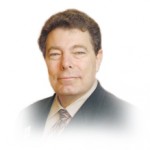