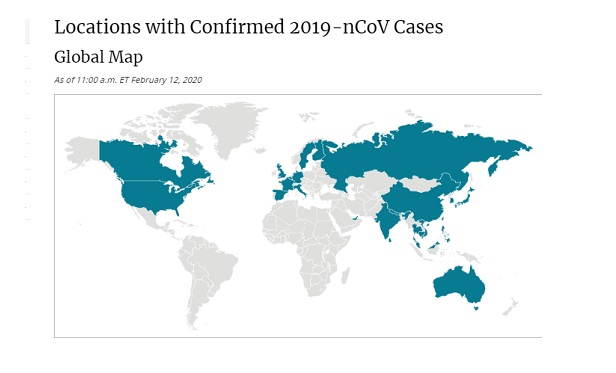 Here's a look at the 5 public health witnesses who testified Wednesday at the Senate Committee on Homeland Security & Governmental Affairs hearing on global pandemics... Served as director for Medical and Biodefense Preparedness at the National Security Council from 2017 through 2019. 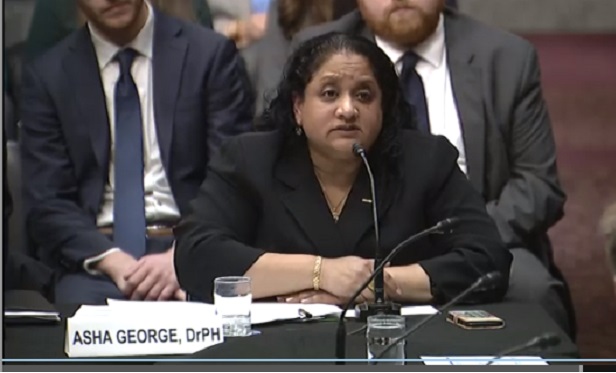 Executive director of the Bipartisan Commission on Biodefense. Served as director of the Centers for Disease Control and Preparedness from 2002 through 2009. Served as federal Food and Drug Administration commissioner from 2017 through 2019.

Covid19 — the “new coronavirus” that has been devastating some cities in China — has made the topic so hot that the committee could not get witnesses from the U.S. Department of Homeland Security (DHS) or the U.S. Centers for Disease Control and Prevention (CDC) to show up.

Sen. Ron Johnson, R-Wis., the committee chairman, said at the hearing that the DHS and CDC witnesses the committee wanted were already booked for a closed-door briefing for the full Senate.

But the committee did manage to round up five public health specialists to give them a sobering assessment of the Covid19 situation.

All of those witnesses have participated in, or are participating in, efforts to prepare the United States for an influenza “pandemic” — or serious, worldwide epidemic  — similar to the “Spanish flu” pandemic that killed 500,000 of the 103 million people who were living in the United States in 1918.

On Jan. 27, ThinkAdvisor reported, based on figures from the National Health Commission of the People’s Republic of China and the European Centre for Disease Prevention and Control (ECDC), that public health officials knew of 2,789 confirmed cases of Covid19 in the world, with just 45 of the people with confirmed cases of the illness being located outside of China.

Public health officials are now having trouble with keeping precise counts of the number of all of the confirmed Covid19 cases. The ECDC tracking graphic shows that the agency knew of 60,330 reported cases as of earlier today, including 465 cases located outside of China.

Here are seven things the witnesses said about how they see the situation, and how they think the federal government should handle it.

George and other officials said the nature of Covid19 and the case statistics are so unclear that it’s hard to predict what Covid19 will do, or what the effects of an outbreak might be in the United States.

George said emergency response agencies should get out, update and start implementing their pandemic response plans, not waiting for the situation to get worse before they act, “even if that means that they have to stand back down” if the United States escapes from having serious Covid19 problems.

2. Efforts to “contain Covid19″ with quarantines and travel restrictions may soon be irrelevant, or may already be irrelevant.

Gerberding said containment might work early on but is unlikely to work once a virus starts spreading in a sustained way from one person to another in a region.

“Once you see sustained community transmission, the horse is out of the barn,” Gerberding said.

3. Covid19 may already be spreading in the United States, from one person in the country to another, outside of the view of public health officials.

Singapore gets about 4 million visits from travelers from China per year and the United States gets about 3 million travelers, Gottlieb said.

Gottlieb said that confirmed case gap may be due to the fact that Singapore has an excellent health care system overseeing a small, densely populated area, and that public health officials are likely to detect problems in Singapore earlier.

In the United States, “we probably have some community spread right now that we just haven’t identified yet,” Gottlieb said.

Some people with Covid19 probably traveled to the United States in December and early January, before U.S. public health officials were watching closely for the illness, Gottlieb said.

In China, Gottlieb said, Covid19 seems to have become a big, noticeable epidemic in Wuhan about 10 weeks after the first cases appeared.

If that same pattern occurs in the United States, “we’re going to start to see outbreaks emerge in the next two to four weeks,” Gottlieb said.

“We have to plan for the possibility that we’ll have thousands of cases,” George said.

4. Covid19 looks as if it might be more of a threat than ordinary seasonal flu.

5. Hospitals have had no financial incentive to prepare themselves to handle epidemics.

Borio said health planners have to assume that U.S. hospitals will be treating many people with Covid19.

“I really worry about health system preparedness,” she said.

Borio suggested that expanding use of telehealth and telemedicine might be one way to fill treatment gaps.

Witnesses said the country needs to expand hospitals’ ability to handle sudden increases in the number of patients.

“Our health system has so little surge capacity in it,” Gerberding said.

Clowers, the witness from the GAO, said that funding preparedness has dropped to about $1 billion per year, from $1.4 billion in 2003,

Congress typically responds to emergencies by, eventually, providing supplemental funding, after hospitals have already spent heavily to respond to the emergencies, Clowers said.

Sen. Kamala Harris, D-Calif., said hospitals in her state are already facing confusion about who will help them pay for treating patients with Covid19, how much reimbursement they will get, and when they can expect to get the money.

6. U.S. drug companies have had no financial incentive to build backup supplier capacity into the pharmaceutical manufacturing supply chain.

Gottlieb said U.S. drug makers tend to rely heavily on a limited number of suppliers in China because prices for many injectable drugs are so low.

“We’re getting a lot of drugs at very low prices, which is very good for consumers, until there’s a shortage,” Gottlieb said.

7. U.S. medical device manufacturers could start running out of important parts in a few weeks.

Gottlieb said U.S. device makers often rely on parts made only in China, and that some may have only a one-month to three-month supply of some of those parts in storage.

Knowledge Is Not Power

To be the best, a top sales coach says, act like the best.

One of Thomas Jefferson's jobs was to find key person life insurance for the sculptor.