Last month saw the rollout of the latest upgrades to Amazon’s Echo speaker line: earbuds, glasses, and a ring that connect to Amazon’s personal assistant Alexa.

These new products are just three examples of a growing trend to incorporate technology seamlessly into our human experience, representing the ever-expanding frontiers for technology that have moved far past the smartphone.

These trends and others are going to make a big impact in the health insurance space as well as the rest of the health care space, especially as providers, payers and consumers alike slowly but surely recognize the need to incorporate tech into their workflows to meet the growing consumer demand for digital health tools.

At the same time, the data-hungry nature of these innovations is creating its own problems, driving a discussion around privacy and security that is louder and more urgent than ever.

Here are three trends to look out for in the coming year.

1. Artificial Intelligence (AI) and machine learning will be growing into themselves.

It’s been quite a few years since AI has emerged from the pages of science fiction into our day-to-day reality, and healthcare has provided a fertile proving ground for all aspects of its innovations.

From software that analyzes medical data to identify patients for clinical trials in matters of minutes, to software that analyzes medical images to diagnose tumors in matters of milliseconds; from chatbots that perform administrative tasks like setting up an appointment to chatbots that empathize with human emotion and manage mental anxiety; AI in digital health has evolved by leaps and bounds.

In 2020, we will continue to see AI and machine learning push boundaries, while at the same time mature and settle into more defined patterns.

With the adoption of technologies like FaceID, facial recognition technology will be an important player in privacy and security. It can be leveraged to simplify the security requirements that make multi-factor authentication a time-consuming process for health care professionals — on average, doctors spend fifty-two hours a year just logging in to EHR systems. On the patient end, this same technology has the ability to detect emotional states of patients and anticipate needs based upon them, and the success of startups like Affectiva, the brainchild of MIT graduates, shows its tremendous promise..

Morgan Stanley to Cut About 2,000 Jobs

Meanwhile, FDA-approved innovations from Microsoft and others claim the ability of computer vision for assisting radiologists and pathologists in identifying tumors and abnormalities in the heart. While robotic primary care is a long way off, some view AI as a rival to more niche clinical positions.

2. Privacy and security will be more important than ever.

2019 witnessed the fallout of the Cambridge Analytica scandal, and added several high-profile data concerns of its own: Amazon workers paid to listen to Alexa recordings, for example, and the transfer of non-deidentified, personal health data of more than 50 million Americans to Google.

As the current generation wakes up to the serious privacy challenges that “smart” technological efficiencies are potentially introducing, they’re educating themselves about data sharing and becoming more cautious about the information that they are potentially giving to third party sites.

For companies that deal with special categories of sensitive data — like medical information — the stakes are much higher. In 2020, look for digital health care to establish increasingly tight security, clearly communicate privacy policies, and provide more transparency around data use.

3. The API economy will continue to grow.

Interoperability is a major player in health tech innovation: patients will always receive care across multiple venues, and secure data exchange is key to providing continuity of care. Standardized APIs can provide the technological foundations for data sharing, extending the functionality of EHRs and other technologies that support connected care. Platforms like Validic Inform leverage APIs to share patient-generated data from personal health devices to providers, while giving them the ability to configure data streams to identify actionable data and automate triggers.

In the upcoming year, look for major players like Apple and Google to make strides toward interoperability and breaking down data silos. Apple’s Health app already is capable of populating with information from other apps on your phone, and they’re uniquely positioned to be the driver of interoperability.

They have a secure and established platform, trustworthy for the passage of encrypted data (such as patient portals), and command a brand loyalty ubiquitous in the United States and elsewhere, not to mention pre-established relationships with the hospitals that are critical to making any true strides in that direction. It’s a position that Apple has deliberately cultivated: as smartphone innovation falls into stalemate, they’re reaching toward bigger horizons — in Tim Cook’s words, improving health will be “Apple’s greatest contribution to mankind.”

These trends in digital health are not new. As with any innovations in health care, the process is slow and the cost of the payoff hotly debated, yet it is no longer a question of if, but when these innovations will start optimizing care, whether we like it or not. 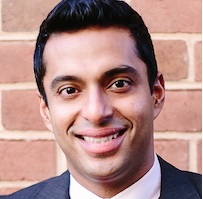