Well-chosen blockchain technology investments will potentially prove lucrative for investors over the next few years, but opportunities accessible to most retail investors, though expanding rapidly, are still quite limited in scope.

Many of the current opportunities — outside of a limited field involving the purchase of digital currencies, blockchain ETFs and publicly traded investment trusts like the Grayscale Bitcoin Trust (GBTC) — are only available to accredited investors in the U.S.

These high-net-worth investors have access to a much broader array of investments through various private equity and venture capital firms channeling funding into more than 1,200 blockchain startups from Silicon Valley to New York’s Silicon Alley. Access to nascent companies and ventures (or projects, as players call them) is rapidly increasing. Where there were only a few several years ago, there are now more than 800 institutional blockchain and cryptocurrency investment firms.

Their vehicles include venture funds, private equity, and crypto index funds and hedge funds, including crypto hedge funds such as those managed by Bitbull Capital. Bitbull offers a fund-of-funds approach that invests in 10 other crypto hedge funds using strategies ranging from pre-ICO (initial coin offering) to arbitrage.

Some of the top firms investing in blockchain and crypto private equity and hedge funds, and in crypto index funds, include Polychain Capital, Digital Currency Group, CoinShares, Bitwise, Grayscale and BlockTower Capital.

Blockchain is the vehicle for cryptocurrency, so all cryptocurrency ventures broadly involve blockchain — but all blockchain ventures don’t involve cryptocurrency. Among the early-stage blockchain applications are those concerning cloud storage, infrastructure, exchanges for digital tokens and peer-to-peer (P2P) uses of the internet.

Specialized investment firms, most of them formed or refocused on blockchain in the past few years, are gathering capital attracted by blockchain’s sudden renown as disruptive technology. Prominent firms include:

Advisors who develop a basic understanding of blockchain investment avenues (few have) can alert HNW clients to the range available opportunities. But the universe of firms seeking capital is expanding so fast that it’s difficult for even knowledgeable, adroit advisors to navigate the rapidly growing ranks of investment firms.

When encountering resistance from clients regarding blockchain’s investment potential, advisors could effectively liken blockchain to the internet in its early stages — a relatable analogy for baby boomers. Basic blockchain tech is free, and so was the embryonic internet when Google and Amazon started up with what were essentially applications.

Unavoidably, advisors bringing up blockchain investments with clients will encounter resistance because of phobias about cryptocurrency. Though cryptocurrency has acquired some notoriety, it has matured greatly since its inception in 2009 with the first digital currency, Bitcoin, and is now regarded as an investable asset as it has, along with blockchain, attracted growing investment from large institutional investors.

Moreover, risk management for digital assets is now a rapidly developing area, in which expertise is being touted by digital asset managers such as Darma. (This firm embraces the concept of Web. 3.0 — the decentralization of the current web, fostering what’s known as DeFi, which seeks to democratize financial services through P2P transactions.)

What will eventually happen in the blockchain gold rush is anybody’s guess. About the only thing that’s certain is that picking likely winners among the various ventures and the firms investing in them on clients’ behalf is a daunting challenge reminiscent of the chaotic early years of the internet. Advisors entering this realm should keep in mind that serving clients responsibly requires no small amount of effort to catch up and stay current. 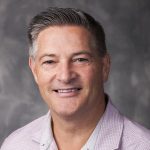