Is the Critical Illness Insurance Marketplace Really at a Crossroads?

Are insurers getting bored with critical illness (CI)?

(Related: Insurers Might Be a Little Bored With Critical Illness Insurance)

Based on Gen Re’s 18th annual Critical Illness Market Survey, that’s not what we’re seeing. In fact, our report indicates that 51% of active CI carriers plan to increase their focus on the product over the next few years while none reported that their focus would decrease.

There have been some comments made by reporters regarding survey participation levels. As in past surveys, Gen Re welcomed both active CI carriers as well as prospective CI carriers (some of whom may be looking into developing the product) to participate in this year’s survey.

Looking back to one of the early years of the survey, in 2004, the list of 26 participants included 15 active CI carriers. Fast-forward to 2019 and those numbers have more than doubled to 53 and 43, respectively. Despite the natural and intentional ebb and flow of participation levels (including a purposeful increase in prospective CI carriers in our 2017 survey), our participation levels have remained similar over the years averaging 50 total participants per year.

Because the list of participants fluctuates, Gen Re cautions readers against interpreting comparisons between survey years. This is a message we communicate each year. This is also why we focus on figures such as the “same company” growth (for carriers providing data for two consecutive survey years) when looking at total in-force and new sales growth statistics.  While 2017 was a bit of an outlier participant-wise, the majority of survey results remain largely consistent year over year.

Overall, Gen Re believes the current state of the CI market is a positive one. This year, we are seeing positive “same company” premium growth of 7.1% for new sales and 6.2% for in-force. Even though this growth has modestly slowed down as compared to 2017, it’s important to keep in mind that this product is still growing at a healthy pace. On another positive note: All but two active CI carriers reported that their claims incidence ran at or better than expected.

Gen Re is currently working on updating some of the survey questions, particularly for active CI carriers, so we can address emerging trends and identify where the market is going and why. 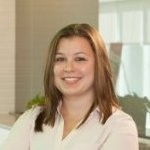 Kayla Rooney, ASA, is an actuarial associate for Gen Re’s North America Life & Health division. She assists with critical illness pricing, research, and product development. She can be reached at (207)347-4651.