CVS General Counsel Talks about the Aetna Acquisition: A Q&A

Thomas Moriarty oversees the work of a team of 265 attorneys.

A reporter with Corporate Counsel, a ThinkAdvisor sister publication, sat down with the general counsel of CVS Health recently to talk about his world. Here’s what he’s seeing.

Thomas Moriarty, the executive vice president, chief policy and external affairs officer, general counsel of CVS, has always been ambitious and has jumped at the opportunity to take on responsibility outside of the legal department.

Moriarty worked in-house at Merck & Co. and helped the company spin off Medco Health Solutions Inc. He joined CVS in 2012 and now oversees a legal department comprised of 265 attorneys.

(Related: CVS Makes a Pitch for the ‘HealthHub’ Model)

He spoke to Corporate Counsel recently about his time at CVS and his responsibilities outside of the legal department help to inform business and legal decisions.

This conversation has been edited for length and clarity.

Corporate Counsel: When you came to CVS in 2012, were you prepared to have responsibilities outside of the legal department?

Thomas Moriarty: Absolutely. At Medco, I was the head of our pharma group. I ran strategy. I ran M&A and corporate strategy.

The first year and a half or so at CVS was learning the business. I knew pharmacy and I knew PBM [pharmacy business management]. Retail, however, was a new animal. Also, the breadth and scale of CVS is different than a lot of other companies. In relatively short order, the role [of general counsel] did start to expand as it had not in some prior roles. It has been an evolution in the past five to seven years.

CC: What are some of your other duties outside of the general counsel role at CVS?

TM: I’ve always kept the general counsel hat on. My role initially expanded to taking over government affairs and the public policy function. Shortly after that, corporate strategy was added to the role. I was the chief strategy officer for approximately three years. The chief strategy officer role was really blending all that was involved with public policy-related issues, government affairs-related issues and where regulation was moving. How is that going to influence where we go as a business? That is very much related to how you form your strategy.

One of the major things we did in that window, aside from one or two acquisitions, was the formation of Red Oak Sourcing. Red Oak Sourcing was a venture we did with Cardinal Health. It is the largest generic sourcing operation in the United States. It covers all of the generic product needs for CVS Health. I served as chairman of the board of that for the first several years.

Shortly after that, I took on additional responsibilities heading up what was analogous to the global pharma strategy group I had at Medco.

In 2017, as we [CVS] aligned on the strategy of where we were going to go over the next several years, I gave up the corporate strategy role and the pharma role and took on all of the external affairs elements for the company. That meant all of the communications and a much more rigorous focus on policy and government affairs.

It really was a precursor to setting the framework for the acquisition of Aetna and all that would be involved with that. In looking at undertaking what is now the largest health care transaction ever, laying the groundwork for that was critically important for the success of that transaction.

CC: When you first went in-house, would you have expected to take up all of those roles in addition to working as a lawyer?

TM: When I first joined Merck, I wore both the legal and the policy hats. I was the representative to the trade association for the division that I was representing; which at that point, was the animal health group. So very early on I was getting that coordination of what’s happening in legislation, what’s happening in regulation and what’s happening legally. You have to look at all of those together because they influence where a company can go.

CC: Do you one day hope to become a chairman of a board again or become a CEO someday?

TM: I’ve been lucky in the sense that I’ve been able to have both legal and business roles. It helps you as a general counsel to do that [have business responsibility] because you see the issues from both sides of the table. That is invaluable in terms of how you approach things.

The legal experience is very beneficial as you approach business issues because you need to be very much aware of the framework and fabric of how the legal system and all of that comes together. You also shouldn’t be afraid of it. The better you’re able to navigate that the more successful you’ll be. 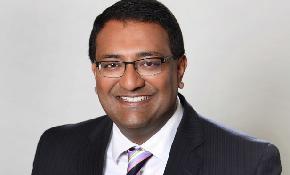