Have We Hit a Soft Patch, or Are We Marching to Recession?

The U.S. economy hit its 121st consecutive month of economic growth in July, surpassing the 1990s record. Despite the latest spike in U.S.-China trade tensions, several positives remain for equity investors: a dovish shift by the U.S. Federal Reserve and a strong first half for stocks with the S&P 500 up 17%.

Our analysis of the economic and market factors that historically signal a turn toward recession, however, is picking up on movement beneath the surface that could warrant concern. Two key indicators slipped into cautionary territory recently: ISM Manufacturing new orders and job sentiment. This followed hard on the heels of a downturn in commodities.

These changes largely stem from the escalation of trade tensions, which led to tremendous uncertainty. Business confidence peaked when trade tensions first rose. It continues to trend lower and activity is slipping, with the new orders component of the ISM Manufacturing survey touching the breakeven 50.0 level in the most recent print.

On the consumer side, while the labor market remains strong — with a record 1.6 million more job openings than unemployed individuals — last month saw the fifth-largest leap in respondents to the Conference Board survey stating, “Jobs are hard to get.” That was a blow to job sentiment.

These indicators are “soft” survey data, but several “hard” data points have begun to deteriorate: truck shipments, housing permits and retail sales among them. Late last year signals related to the financial markets began to flash, but stresses are starting to emerge in the “real” economy, specifically within business activity and consumer health. Recession risk is increasing.

The U.S. economy is at a crossroads: soft patch versus recession on the horizon. An acute awareness of risk is warranted, and signs of deterioration justify greater caution. The perceived positives that have driven equities to all-time highs may become less supportive.

First, trade détente is officially over, particularly between the U.S. and China, as President Donald Trump last week announced a fresh 10% tariff on another $300 billion of Chinese goods. If agreements cannot be forged and trade tensions continue to escalate, it could push equities lower, like in previous episodes when stocks sold off swiftly from all-time highs due to trade war fears.

5 Takeaways From the Fed's Rate Cut

Second is monetary policy easing, as the Fed last week cut interest rates for the first time since 2008, lowering its target for the federal funds rate by 25 basis points. The futures markets are pricing in two more interest rate cut this year. Put differently, the bond market is signaling (via the inverted yield curve) that the Fed has overtightened.

Historically, Fed cuts are bearish for equities and the economy. Ten of the last 13 interest-rate hike cycles ended in recession because the Fed acted too late and lower rates could not prevent the economy from rolling over. This yield curve inversion has not persisted long and is relatively shallow, so there is still a chance the Fed can reverse course and manage a “soft landing” à la 1995 or 1998.

The third perceived positive that, upon closer inspection, shows potential cracks emerging is the S&P 500’s strong start to 2019. Up 17%, the first half of 2019 was the strongest since 1997.

However, equity market internals indicate caution may be warranted. Leadership has been mixed, with cyclicals lagging by a wide margin. Value lagged growth, and small-caps trailed large-caps. This inspires less confidence for a sustained move higher.

Choppiness notwithstanding, we believe U.S. equity markets will grind higher. But we would not be surprised to see another pullback, like last quarter. If a recession emerges, it is likely to be much shallower than the last one.

Long-term investors should review their holdings and asset allocations and upgrade into higher-quality opportunities.

— Previously from Jeffrey Schulze: US Equities Enduring a Pullback, Not a Crash 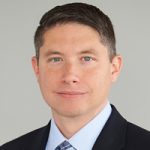 Jeffrey Schulze, CFA, is an Investment Strategist at ClearBridge Investments, a subsidiary of Legg Mason. His opinions are not meant to be viewed as investment advice or a solicitation for investment.

5 Takeaways From the Fed's Rate Cut