As Theresa May steps down as Conservative Party leader today, one thought may occur to her. Had Donald Trump’s state visit this week come, say, six months earlier, the course of Brexit might look very different. Her rejected deal could even have succeeded.

All the president had to do was utter three letters: NHS. Trump’s statement that Britain’s state-run National Health Service and “everything else” would be on the table in any future trade talks may have been a throwaway line. But it sure got everyone’s attention.

Trump rowed back the comments the next day, saying he doesn’t consider the NHS a trade issue. Too late; and it very much is one, as Woody Johnson, the U.S. ambassador, made perfectly clear in a television interview before the president’s visit. The NHS buys medicines, devices and services, including health plan administration services, from the United States.

There is no common language between American and British conservatives on the subject. Republicans hold up Britain’s state-run health system as an example of the dangers of socialism. The Trump administration argues that single-payer systems with control over drug prices “free ride” off American innovation.

British Conservatives couldn’t disagree more. Even though the opposition Labour party introduced free health care at the point of delivery, it is nowadays politically sacrosanct for both parties. Remember that it was a highly effective (but untrue) claim that leaving the European Union would trigger a windfall for the NHS that helped to swing the referendum result. Now the future of Brexit is again tied up with the NHS, thanks to Trump’s reminder.

If it wasn’t already apparent by the presence of pharma industry reps at a closed-door breakfast with Trump this week, the U.S. Trade Representatives’ negotiating objectives leave no doubt that health care is in their sights:

That doesn’t mean that the United States would, as some have claimed, seek to privatize the NHS. The pressure would come from challenging how the service decides which drugs to approve for reimbursement and the pricing decisions it makes, a process that the Pharmaceutical Research and Manufacturers of America (PhRMA) has called a “blunt cost containment tool.”

The NHS spends about 17.4 billion pounds ($22 billion) a year on medicine. The figure has been growing roughly 5% a year, much faster than the overall health budget, but is still low by EU standards. The government controls spending by determining which drugs are made available and by influencing how doctors prescribe and pharmacists dispense drugs.

The industry has long complained that the National Institute for Health and Care Excellence, the government body that approves medicines and treatments, is too stingy and denies patients access to life-saving drugs. Since manufacturers know that NICE evaluates the cost-effectiveness of a drug, it influences their pricing strategy.

The 7 Top States for the Worst Kind of Skin Cancer

Companies can haggle to get approval – but those agreements remain confidential. Take Kadcyla, a breast-cancer drug developed by Roche Holding AG. At a price of 90,000 pounds, NICE decided it wasn’t cost-effective. But some 115,000 people signed a petition calling it for it to be made available. Eventually, the NHS and Roche negotiated a deal allowing the estimated 1,200 people in the UNITED KINGDOM affected by the cancer to use it.

In future trade talks, U.S. drug companies will push for more transparency in the NHS’s decision-making process and an appeals process, too. They will also want more patent protection. But their real hope will be for higher prices and more reimbursement approvals. Because many other countries use NHS pricing decisions as a reference point, the issue is a major one for U.S. firms with lobbying clout in Washington.

These conversations are now standard in U.S. trade talks. Some countries, such as Australia, have vigorously resisted pressure to open their markets further. But the renegotiated free-trade deal with South Korea includes higher payments for American-made drugs. And there are concessions, too, in the revised NAFTA agreement, though Democrats in Congress have decried the move as an attempt to entrench America’s high drug pricing and export it.

Those claiming the United Kingdom could spend more on health care aren’t wrong. The OECD’s estimates of pharmaceutical spending per person in 15 EU countries put the United Kingdom in the bottom half. At 9.6% of GDP, U.K. health spending doesn’t just trail the United States, but France and Germany as well.

The irony is that the NHS has a far bigger problem to worry about than Brexit or trade negotiations. The United Kingdom’s health system, set up after World War II, is under extreme stress from a growing and aging population. While most Britons value a system that is free at the point of delivery and will do anything to protect it, the price is rationing, long wait times and wide regional disparities in available treatments.

The NHS’s defenders note the service delivers well for its relatively low cost. But it is also overburdened and understaffed – not helped by the government’s decision to make it harder to hire skilled foreign workers to plug the gaps. May has promised to increase NHS spending through 2023, but only by about 3.4% a year, not enough to plug the many holes in the service.

All of these issues are now rumbling in the background of the Conservative leadership race – but they will eventually be front and center. Once, the party would have led a conversation about NHS reform. Now, it must appease leave-supporting voters who were promised additional spending. That sensitivity will make any trade deal with the United States, another prize Tory Brexiters pledged, more complicated.

At least Trump, who has many reasons to welcome Brexit, has forced an important conversation about priorities and trade-offs as a new leader tries to deliver Brexit. Now there can be no discussion of leaving the EU that doesn’t include the NHS. Thanks to the U.S. president, U.K. Conservatives now have a dilemma as they choose their new leader. Which do they care about more: Brexit or the NHS? 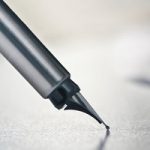 Therese Raphael writes editorials on European politics and economics for Bloomberg Opinion. She was editorial page editor of the Wall Street Journal Europe.

The 7 Top States for the Worst Kind of Skin Cancer