The broker knew much of the money was earmarked for clients' retirement and college expenses, the SEC said. 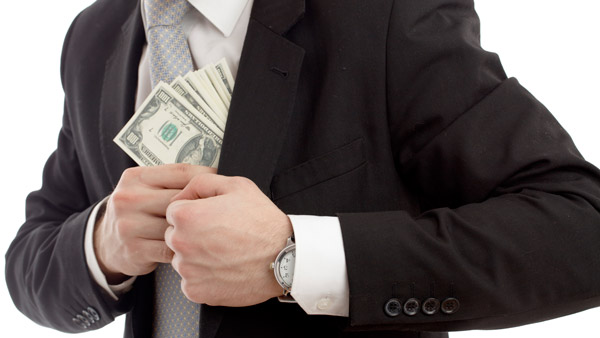 The Securities and Exchange Commission charged a former registered representative with defrauding his brokerage customers out of nearly $4 million in a long-running investment scam.

John Maccoll, who was affiliated with the Birmingham, Michigan, branch office of UBS, used high-pressure sales tactics to solicit at least 15 of his retail brokerage customers to invest in what he described as a highly sought-after private fund investment, according to an SEC complaint. The fraud lasted from approximately 2008 to March 2018.

Most of the injured customers were elderly and retired and invested through their retirement accounts. According to the SEC, “Maccoll had long-standing relationships with these customers, who trusted him completely to manage their investments.”

The customers Maccoll targeted held tax-advantaged retirement accounts at UBS, including IRA accounts, a pension fund conversion, and a federal government Thrift Savings Plan account rollover. One account included the customer’s life savings and money from her deceased husband’s life insurance payout, which she intended to use to pay for college expenses for her three children, according to the SEC.

“Maccoll knew that the funds invested in his customers’ accounts were intended for their retirement and for college expenses,” the complaint states.

Maccoll told his customers that the purported fund investment would allow them to diversify their portfolios, receive annual investment returns as high as 20%, and give them investment growth potential that was better than the growth they received in their brokerage accounts.

As alleged in the complaint, Maccoll’s statements to his customers were false — he did not invest the customers’ money but stole it for his own personal use.

As a result of Maccoll’s false and misleading statements, at least 15 customers transferred nearly $4 million to Maccoll. According to the SEC, Maccoll used some of the funds to make Ponzi-like payments to at least six of his customers, and the rest he used for his personal benefit.

To conceal the scheme, Maccoll allegedly instructed his customers not to tell others about the purported fund investment, provided some of his customers with fake account statements reflecting fictitious returns, and paid over $400,000 in Ponzi-like payments to certain of the customers to keep the scheme alive.

The SEC is seeking a judgment ordering Maccoll to disgorge his ill-gotten gains with prejudgment interest and to pay civil penalties. The U.S. Attorney’s Office for the Eastern District of Michigan has filed criminal charges against Maccoll.

The SEC charged a cloud communications company and two executives with providing misleading quarterly revenue estimates. The company and executives agreed to pay more than $1.9 million in penalties to settle the SEC’s charges.

These red flags included that Sonus had pulled forward deals initially projected to close in 2015 in order to achieve its revenue guidance for the fourth quarter of 2014.  Despite recognizing these risks, Greenquist said in a press release that he was comfortable with the consensus analyst revenue estimate of $74 million for the first quarter. About six weeks later, the company issued guidance of $74 million which reflected certain forecasted sales that had been improperly reclassified, due to pressure from Michael Swade, Sonus’s Vice President of Global Sales, in order to support the $74 million estimate.

Seven days before the close of the quarter, Sonus announced that it was lowering its first-quarter revenue estimate.

According to the SEC’s complaint, over a period of more than two years, Joseph Walsh and Robert Matthews defrauded dozens of foreign investors participating in the EB-5 program administered by the U.S. Citizenship and Immigration Services, which provides foreign nationals with an opportunity to qualify for permanent U.S. residency by investing in domestic, job-creating projects.

According to the SEC’s complaint, Walsh raised close to $44 million from foreign investors which, through a loan, was to be used to acquire, develop, and operate a Palm Beach hotel controlled by Matthews.

The complaint alleges that Walsh misappropriated more than $13 million of the investor funds and that Matthews misappropriated approximately $8 million, some of which he used to acquire a 151-foot yacht and to purchase his former Connecticut home out of foreclosure.

According to the SEC’s complaint, Walsh and two companies he controlled — Palm House Hotel and South Atlantic Regional Center — also misled investors about the use of an escrow account that purportedly held investor funds prior to disbursement to the hotel, and about Walsh’s and Matthews’ backgrounds.

A former Massachusetts-based hedge fund manager and his two advisory companies agreed to pay more than $7.9 million in disgorgement and prejudgment interest to settle charges involving a scheme to defraud investors by hiding trading losses and misappropriating investor funds.

Murakami and his two advisory companies settled with the SEC, which alleged in a 2017 enforcement action that Murakami misappropriated investor funds for business and personal expenses and made approximately $1.3 million in Ponzi-like payments.

In a parallel criminal proceeding arising from the same conduct alleged in the SEC action, Murakami pleaded guilty to wire fraud and was sentenced to 6 years in prison and ordered to pay restitution for defrauding investors.

In connection with his plea, Murakami admitted to diverting millions of dollars of investor funds to business and personal accounts that he controlled, and using the money to pay for lavish personal expenses such as a luxury sports car, international travel and high-end department stores, and to make Ponzi scheme-like payments to investors who requested redemption. Murakami also admitted to withholding material information regarding the management of a hedge fund, and to providing investors with falsified account statements and tax documentation in an effort to lull them into believing that their investments were safe.

The SEC has obtained a final judgment against the City of Victorville, California, in connection with a $13 million “tax increment” bond offering.

The SEC also obtained final judgments against the Southern California Logistics Airport Authority, which was an agency set up and controlled by the city to issue the bonds, and against Janees Williams, a former Vice President of Kinsell, Newcomb and Dedios (KND), the underwriter for the bond offering.

The SEC’s complaint alleges that the city and the airport authority defrauded bond investors by failing to disclose that the projected tax revenues used to repay the bonds were based on inflated property valuations and were overstated by 36%. The SEC also alleges that the KND, Williams, and KND’s president, Jeffery Kinsell, helped carry out this fraud by not correcting the bond disclosures to the investors. The SEC’s second amended complaint, filed on July 26, did not allege claims against Keith Metzler, an assistant manager of the City who was named in the initial complaint.

The city, the airport authority and Williams agreed to the settlement without admitting or denying the SEC’s allegations. The judgment against the city also orders it not to issue municipal securities until an independent consultant review of their internal controls and practices is completed and the recommendations implemented.

The SEC’s litigation against KND and Kinsell continues, and the SEC is seeking permanent injunctions, disgorgement of ill-gotten gains and civil penalties.

The SEC obtained a final judgment against the research scientist who, according to the SEC, searched the internet for tips on avoiding the SEC’s detection before placing one of his illegal trades and made approximately $120,000 through insider trading.

In its complaint, the SEC alleged that Fei Yan purchased stocks and options in advance of two corporate acquisitions based on confidential information obtained from his wife, an associate at a law firm that worked on the deals.

According to the SEC’s complaint, Yan then sold his holdings following public announcements that the issuers would be acquired by other companies. Yan then allegedly attempted to conceal his illegal activity by placing the illicit trades in a brokerage account bearing the name of his mother, who lives in China.

Yan agreed to settle with the SEC and consented to the entry of a judgment ordering him liable for disgorgement of $119,429, the payment of which is deemed satisfied by the forfeiture ordered in a parallel criminal case. Yan, who pleaded guilty in that case, is serving a 15-month prison sentence.

The regulator fined the actor for failing to disclose that he was paid to promote an ICO.

FBL and Gen Re also have changes to announce.

The company says it disagrees with New York about how to account for LTCI rate increases.