In other enforcement actions, an insurance agent is arrested in California in a $1.6 million fraud scheme targeting elderly.

The Securities and Exchange Commission charged Silicon Valley-based private company Theranos Inc., its founder and CEO Elizabeth Holmes, and its former President Ramesh “Sunny” Balwani with raising more than $700 million from investors through an elaborate, years-long fraud in which they exaggerated or made false statements about the company’s technology, business and financial performance.

Theranos and Holmes have agreed to resolve the charges against them. In addition to a penalty, Holmes has agreed to give up majority voting control over the company, as well as to a reduction of her equity which, combined with shares she previously returned, materially reduces her equity stake.

“As a result of Holmes’ alleged fraudulent conduct, she is being stripped of control of the company she founded, is returning millions of shares to Theranos, and is barred from serving as an officer or director of a public company for 10 years,” said Stephanie Avakian, co-director of the SEC’s Enforcement Division. “This package of remedies exemplifies our efforts to impose tailored and meaningful sanctions that directly address the unlawful behavior charged and best remedies the harm done to shareholders.”

The complaints allege that Theranos, Holmes and Balwani made numerous false and misleading statements in investor presentations, product demonstrations and media articles by which they deceived investors into believing that its key product — a portable blood analyzer — could conduct comprehensive blood tests from finger drops of blood, revolutionizing the blood testing industry.

In truth, according to the SEC’s complaint, Theranos’ proprietary analyzer could complete only a small number of tests, and the company conducted the vast majority of patient tests on modified and industry-standard commercial analyzers manufactured by others.

The complaints further charge that Theranos, Holmes and Balwani claimed that Theranos’ products were deployed by the Defense Department on the battlefield in Afghanistan and on medevac helicopters and that the company would generate more than $100 million in revenue in 2014. In truth, Theranos’ technology was never deployed by the Defense Department and generated a little more than $100,000 in revenue from operations in 2014.

“Investors are entitled to nothing less than complete truth and candor from companies and their executives,” said Steven Peikin, Co-Director of the SEC’s Enforcement Division. “The charges against Theranos, Holmes, and Balwani make clear that there is no exemption from the anti-fraud provisions of the federal securities laws simply because a company is nonpublic, development-stage, or the subject of exuberant media attention.”

Theranos and Holmes have agreed to settle the fraud charges levied against them. Holmes agreed to pay a $500,000 penalty, be barred from serving as an officer or director of a public company for 10 years, return the remaining 18.9 million shares that she obtained during the fraud, and relinquish her voting control of Theranos by converting her supermajority Theranos Class B Common shares to Class A Common shares.

Mark Malatesta, a licensed insurance agent at the time, allegedly exploited at least six elderly consumers by falsifying information on annuity applications and netted more than $135,000 in illegal commissions. Malatesta faces a range of other charges.

An investigation revealed Malatesta persuaded his senior victims to terminate their investments, causing them to lose a total of $45,000 in surrender penalties. Malatesta then sold them new annuities for which they did not qualify due to their advanced age. The fraudulent investments were canceled by the insurers once they discovered Malatesta provided false information.

When insurers canceled the new investments, they refunded the $1.6 million in deposits to the victims. The department suspended Malatesta’s insurance license and will pursue revocation if he is convicted.

The SEC barred the president of a penny stock company from ever again serving as a public company officer or director after he was caught making false and misleading statements about the company to investors in an effort to increase demand for the stock.

The SEC confronted him quickly and the misstatements were removed from the internet and social media before any dramatic spike in stock price typically seen in pump-and-dump schemes could occur.

According to the SEC’s order, Robert Ritch began spreading false information on social media about his investment successes and the company’s prospects shortly after taking control of Manzo Pharmaceuticals (MNZO) in July 2017.

The order finds that despite Ritch’s statements that Manzo was a holding company that purported to invest in and acquire other companies, in reality it had a limited operating history and incurred continuing losses. Contrary to his representations, Ritch had not founded, built or exited any successful multimillion-dollar business and did not complete more than $1 billion in transactions during his career. According to the SEC’s order, he had not completed even $1 million in transactions during his career.

The SEC says Ritch lied to investors by concealing his criminal history, which includes three felony convictions for crimes of dishonesty.

Without admitting or denying the SEC’s findings, Ritch consented to a cease-and-desist order, officer-and-director bar, penny stock bar and $50,000 penalty. The SEC also has suspended trading in MNZO.

The SEC charged a Florida-based penny stock promoter with defrauding investors in a pair of gold mining stocks by secretly amassing shares before touting the companies publicly. He allegedly sold the bulk of his stock and reaped more than $1.1 million in illicit profits after his promotions caused the share prices and trading volumes to skyrocket, according to the SEC.

The SEC’s complaint alleges that Brian Robert Sodi, known in penny stock circles as “Mailman” for his pervasive participation in direct-mailed penny stock promotions, committed a fraud known as scalping.

He allegedly disseminated promotions recommending the purchase of the stocks in Southern USA Resources Inc. and Goff Corp. without disclosing he owned shares and planned to sell them through a foreign bank, the SEC says. Sodi also allegedly hid from investors that he was being paid in stock for one of these promotions. According to the SEC’s complaint, Sodi proceeded to unload hundreds of thousands of his own shares to the detriment of other investors who bought in to the hype.

The SEC’s complaint seeks an accounting of all of Sodi’s and his entities’ sales of all U.S. penny stocks that Sodi’s platform promoted within the last five years.

Criminal charges have been unsealed in a parallel action filed by the U.S. Attorney’s Office for the Northern District of Alabama.

The former broker of the shuttered BD gets an 11-month suspension for excessive trading.

The former LPL broker solicited investors for private securities transactions, then tried to hide it from the firm, regulator claims. 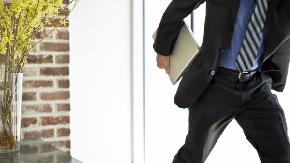 The rep has not updated his Form U4 to disclose a related criminal charge, FINRA says.