Half of investors plan to grow their hedge fund allocations this year, Deutsche Bank reports.

“It has been a transitional time for the hedge fund industry,” Greg Bunn, Deutsche’s global co-head of prime finance, said in a statement. Improved performance and positive flows have resulted in a shift in momentum, according to Bunn.

“One in two investors plans to grow their allocation to hedge funds in the next 12 months,” he said. “We found that the average respondent expects to boost the size of their portfolio by $129 million this year.”

The survey found that investors largely met their 2017 return targets, the first year they had done so in four years. The average respondent’s portfolio achieved a year-to-date return of 8% for the year to Nov. 30, compared with 3% in 2016.

Hedge funds returned 8.5% last year, according to Hedge Fund Research, the best calendar-year performance since 2013. Inclusive of gains in late 2016, the HFRI fund-weighted composite index had advanced in 21 of the trailing 22 months, including each of the preceding 14 months.

Deutsche reported that hedge fund industry assets under management reached an all-time high of $3.2 trillion by year-end, surpassing the $3.1 trillion predicted by investors in its 2017 survey.

Survey respondents’ outlook for the industry in 2018 was optimistic, expecting $41 billion in net new investor capital for the year versus $10 billion last year.

“While investors are committing more capital to hedge funds as part of their overall portfolio, the competition for these dollars remains strong,” Marlin Naidoo, global head of capital introduction and hedge fund consulting at Deutsche Bank, said in the statement.

“This is because most investors expect to keep their number of allocations constant, creating a ‘one in, one out’ scenario. Fund managers need to continue to differentiate themselves via outperformance, bespoke fee arrangements and uncorrelated investment strategies.”

The survey results suggested that hedge fund fee arrangements were becoming increasingly dynamic and were based on a variety of different factors, such as fund assets under management, age and strategy, and the nature of the investment.

For example, half of investors said they had negotiated lower fees for a longer lockup or larger allocation size, while 42% said they were invested in a fund whose management fee declines as assets under management increase.

Deutsche reported that event-driven funds received $6.9 billion of net inflows in the fourth quarter, representing the largest increase in net new capital of all broad-based strategies quarter on quarter.

Twenty-two percent of investors surveyed said they were planning to allocate to event-driven managers over the next 12 months, compared with 10% planning to do so last year, making event-driven the most sought after strategy in 2018.

In addition, one in five respondents planned to add to fundamental equity long/short funds in 2018. This is a U-turn from last year when only 4% of respondents were looking to add to the strategy.

A fifth of respondents reported that they currently allocated to socially responsible/environmental, social and governance investments, up from 13% last year. Of these, two-thirds expected to increase their allocation to ESG funds in 2018.

Western Europe displaced North America in the 2018 survey as the most sought-after investment region, with 37% of investors planning to add to their European exposure in 2018, compared with 17% in last year’s survey.

Asia including Japan was close behind, with 30% of respondents planning to increase their regional allocation, up from 21% last year. 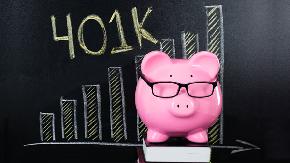 Its head of 401(k) products says such investments are too expensive and complicated for 401(k) plans.