Starbucks to Spend $250 Million on Worker Benefits After Tax Cut

The main benefit the company is talking about is paid sick leave.

Starbucks Corp. plans to spend $250 million on new employee benefits, including a pay boost for domestic workers, in the wake of the federal tax overhaul.

The coffee chain will increase pay for its 150,000 U.S. hourly and salaried employees in April, following its regular annual raise earlier this month. It’s also taking its paid-sick time benefit national, allowing workers to save up time off to use for themselves or family, Seattle-based Starbucks said on Wednesday.

Starbucks becomes the latest U.S. company to pledge a portion of its federal tax-cut windfall to employees, which the coffee giant calls “partners.” Apple Inc. said earlier this month that it’s giving most of its staff a $2,500 bonus. Wal-Mart Stores Inc., meanwhile, plans to hike its starting wage to $11 an hour and give out $400 million in one-time bonuses.

“Investing in our partners has long been our strategy,” Starbucks Chief Executive Officer Kevin Johnson said in a memo to employees. “Due to the recent changes in U.S. tax law, we are able to accelerate some significant partner investments.”

Unlike Wal-Mart, Starbucks isn’t touting a new starting wage. The coffee giant says the new level will vary by region, and it already pays more than the minimum wage in all 50 states.

Starbucks also has been investing in mobile technology to fix congestion at pickup counters in the U.S., where sales have struggled to keep pace with international growth. The company is slated to give investors an update on its progress when it reports earnings on Thursday.

The employee changes come after Starbucks hired Aon to compare its benefits with similar companies. The analysis found that the coffee company could improve its sick-time policies. Starbucks also is giving an extra 2018 stock grant to U.S. employees, and will expand parental leave to include non-birth parents. 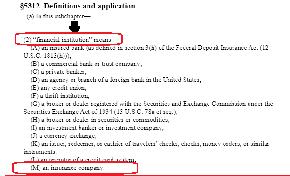