Think Flu Season Is Bad? It Could Get Worse Before It’s Over

The influenza virus that’s sickened millions of Americans is already the most widespread outbreak since public health authorities began keeping track more than a dozen years ago. Now, with the threat of more strains emerging, it might get even worse.

“Flu is everywhere in the U.S. right now,” said Dan Jernigan, director of the influenza division at the national Center for Immunization and Respiratory Diseases. “This is the first year we have had the entire continental U.S. be the same color on the graph, meaning there is widespread activity in all of the continental U.S. at this point.”

The most optimistic assumption among government experts is that the season peaked a few weeks ago, marking the apex of what was already an early and severe outbreak. However, such an outlook requires observers to ignore that outpatient doctor visits have continued to climb (albeit more slowly) in the first week of 2018, yielding the most flu cases ever for this time of the year.

Even if the hopeful assessment by the U.S. Centers for Disease Control and Prevention bears out, there will still be another 11 weeks to 13 weeks of flu circulating across the country. “In general, we see things peaking right about now, but that means there is still a whole lot more flu to go,” Jernigan said. “In addition, there are other strains of influenza still to show up that could be a major cause of disease.”

That may already be happening. The CDC is starting to see infections caused by the H1N1 strain of the virus in states grappling with high levels of the H3N2 strain, the predominant version this season. In addition, Jernigan said yet another type of flu, caused by the influenza B viruses, is still expected to show up later in the season.

H3N2 has compounded the damage usually wrought by the annual flu outbreak. It’s known for both its severity and ability to evade the protection provided by vaccinations that are typically more effective against the other types of flu.

Most flu vaccines are made using eggs, which are less hospitable to growing the H3N2 strain and thus less likely to develop an effective vaccine. That strain goes through more changes over time than other versions, so vaccines are often behind the curve when they reach the general public.

Recent advances in manufacturing have yielded two immunizations that aren’t made in eggs: Sanofi’s Flublok and CSL Ltd.’s Flucelvax. Flublok is a recombinant vaccine, which includes only the protein expressed on the surface of the influenza virus, while Flucelvax is grown in mammalian cells. Since neither uses eggs in the manufacturing process, it’s possible that the vaccines that result may look more like what’s actually circulating, Jernigan said.

“Ultimately a broadly protective, longer-lasting vaccine—one that you would get once or twice in life and it would cover every flu—we would love to see something like that,” he said. “I think it will be several years before we will have something like that.”

But in the first week of January, the most recent period for which numbers are available, the current iteration of the virus was sickening and sending more patients to the doctor than any time in recent memory. The question for the rest of the flu season is whether levels drop off precipitously, as they do most years, or if the return to school and work following the holidays accelerates the spread.

One thing that’s sure to rise is the number of Americans who have died from influenza or related pneumonia, especially among the very young and old, since the reports tend to lag infection rates. With an additional seven children dying from flu-related disease the week endd Jan. 6, the total number of child fatalities attributable to the flu this season has reached 20.

The CDC’s latest method to categorize the severity of a flu outbreak, which takes into account indicators including hospitalizations, outpatient visits and deaths across an entire outbreak, already places the current season in the top three. During the 2014-2015 flu season, there were more than 700,000 hospitalizations. The current outbreak is matching the beginning of that period, though it’s unclear what the remainder of the season will look like, Jernigan said. Last year’s entire season saw more than 600,000 hospitalizations.

“You didn’t have this all-at-once phenomena that we’re getting now, where hospitals are having lots of cases all at once all across the U.S.,” he said. Jernigan was forthright about the agency’s inability to accurately predict the intensity of the influenza season.

“We are always expecting there to be an unusual season,” he said. “We are rather humbled by this virus. We are always preparing for a severe season and welcome a less severe season, but it’s difficult to predict what will happen.” 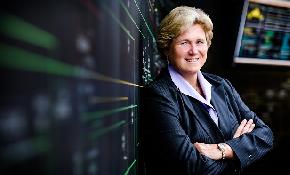 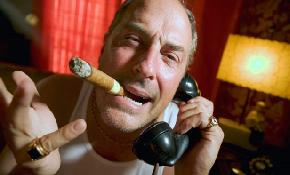