The Securities and Exchange Commission’s exam division is “carrying forward” this year its ReTIRE initiative to zero in on variable insurance products, target date funds, robo-advice, as well as how advisors and broker-dealers are adhering to their fiduciary duties, Pete Driscoll, acting director of the Office of Compliance Inspections and Examinations, said Thursday.

“We’re looking for fiduciary duty and protection of investors,” Driscoll said during remarks at the Investment Adviser Association’s annual compliance meeting in Washington.

OCIE launched its ReTIRE initiative focusing on retirement accounts last year and performed 250 exams under the program in 2016, focusing on such areas as disclosures, marketing to seniors, fees and inadequate supervision, Driscoll said.

Driscoll said that OCIE covered 11% of advisors last year through its exams, noting the OCIE team’s risk-based approach means examiners do “a lot of work on who we are going to examine.”

Examiners “boil it down into who we feel the riskiest folks are. OCIE has moved to a very initiative-based focus,” Driscoll said. “Gone are the days of a long, full-scope” exam. “We aren’t in there for a very long time” because examiners take more “targeted, shorter, deep dives into high-risk areas that are published in our priorities … to be more effective and to get our coverage up.”

Said Driscoll: “We’ll look at thousands of firms before we go there [to do exams].”

The shifting of examiners also helps OCIE keep up with new advisor registrants, which includes movement of broker-dealers to the advisor space. “That’s a fast-growing area,” Driscoll said.

Indeed, Jane Jarcho, OCIE’s deputy director, said in late February at the SEC Speaks conference in Washington that 61 advisors had registered with the SEC in the last two weeks; 213 since January; and another 300 since the presidential election. The number of registered broker-dealers has declined.

As to the third-party audit rule proposal for advisors that was completed under former SEC Chairwoman Mary Jo White, Jarcho said at the SEC Speaks event that when the agency’s “new commission gets together, I think they’ll consider it,” noting that OCIE “will embrace” such exams “if approved.” However, she added, “if we get third-party exams, we need to get it in a way that’s useful for us. It has to come to us [with] data in a way that we can get through it.” 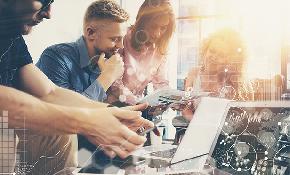 Orion Opens Financial Planning Platform to All Advisors During Pandemic